Afghanistan's Success Will Be Measured By Women's Progress

An Afghan woman casts her ballot during the second round for presidential election at a polling station in Kabul, Afghanistan, on June 14, 2014.
Majid Saeedi—Getty Images
By Niki Tsongas , Martha Roby , Renee Ellmers , Susan Davis and Cheri Bustos

While we were meeting with women journalists in Afghanistan this past May, another group of Afghan women journalists were in Washington, D.C., meeting with congressional staff members. The overlap was coincidental, but both groups of Afghan women recounted similar stories of their growing role in Afghan media and, more importantly, the fight for Afghanistan’s democracy. Reports have illustrated an effort on the part of Afghan journalists to ensure their media is not a platform for promoting Taliban violence.

In both locations, thousands of miles apart, the same theme became clear: Afghan women are fighting for their lives, and they’re using some unconventional tactics. They’re going to school, running for elected office, voting and reporting the news.

We saw many of these women in action during this year’s sixth annual Mother’s Day visit to Afghanistan. We saw young girls being educated. We toured a women’s resource center in Mazar-e Sharif that provides programs for women, such as mental health services. We met with Afghan women Parliamentarians, who passionately asserted their ability to lead. Each of them symbolized the gains made by Afghan women and girls over the past decade

In addition, the first round of Afghan elections in April saw high voter turnout, with a larger than expected portion of that coming from women voters. Reports indicate that the June 14 runoff election had another high voter turnout, even in the face of increased threats of violence.

All of these gains – education, opportunity, voting – may seem commonplace in many countries. In Afghanistan, they are revolutionary. In the very recent past, none of it would have been possible. But these gains are not ironclad and support is needed internally and externally.

Afghanistan is poised for a historic democratic transition of power. While a peaceful transition is the ultimate goal, it cannot be considered fully accomplished without the rights of women at the forefront.

Both presidential candidates, Abdullah Abdullah and Ashraf Ghani, have pledged support for maintaining women’s progress. When the ultimate victor is announced in late July, we urge whomever it is to make good on that promise. One tangible way to do so is to sign a bilateral security agreement – also something both candidates have voiced support for – that includes significant economic and governmental support for women’s gains.

In the coming months, as Afghanistan seeks to legitimize their election, women’s progress will be a barometer for success.

Responsibility ultimately lies with Afghanistan. The U.S. military withdrawal must be done in a responsible way, transitioning from a combat role to one of training and advisory. There is no doubt, however, that the international community shares a major stake in preventing backsliding in Afghanistan. Preserving Afghan women’s rights is a global issue, with global implications.

Time after time, studies have shown that advancing opportunities for women and girls has a direct positive effect on a nation’s overall economic growth, sustainable development and peace. Inclusion of women in society indicates stability, and a stable Afghanistan will lead to greater international security. Continued non-military support must include the use of resources to maintain and grow the progress made by Afghan women.

We also must remember that gender inequality, violence against women and the need to reverse patriarchal societal mindsets are not unique to Afghanistan. Recent months have seen the kidnapping of more than three hundred girls by an extremist group in Nigeria, mass sexual assault during a rally in Cairo and reports of brutal rape and murder of women in impoverished regions of India. Continued support of Afghan women would be a powerful symbol, an international reaffirmation to human rights the world over. America’s diplomatic efforts in Afghanistan must remain focused on protecting the rights of women and girls.

Afghan women know the fight is far from over. But every time a young girl reads a book in public, a woman walks out of a voting booth or a female journalist pens a story critical of the government, the country continues to move forward – and the rest of the world moves with them.

Rep. Niki Tsongas (D-MA) serves on the House Armed Services Committee and co-chairs the Afghan Women’s Task Force. Rep. Martha Roby (R-AL) has led the Mother’s Day Women’s Congressional Delegation to Afghanistan the last three years. She represents Alabama’s 2nd District, which includes Maxwell-Gunter Air Force Base and Fort Rucker. She is a Member of the House Appropriations Committee. Rep. Renee Ellmers (R-NC) serves on the House Energy and Commerce Committee and is Chairwoman of the Republican Women’s Policy Committee. She represents the Second District of North Carolina which includes all of Fort Bragg. Rep. Susan Davis (D-CA) is a senior member of the House Armed Services Committee and serves as Ranking Member of the Military Personnel Subcommittee. She represents California’s 53rd Congressional District. Rep. Cheri Bustos (D-IL) represents the 17th Congressional District of Illinois and serves on the House Committee on Agriculture and the Transportation and Infrastructure Committee. 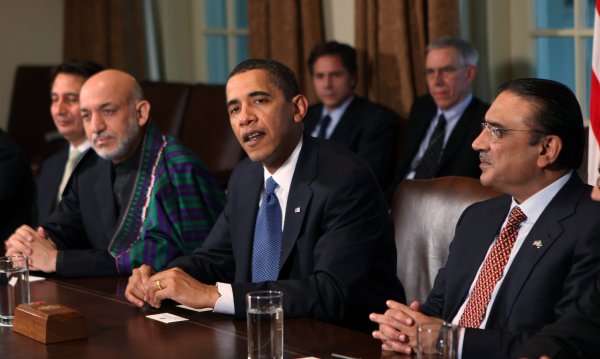