John Turturro Will Not Abide: Wants To Be in A New Big Lebowski Movie

The first rule of Lebowski Club is: You do not f— with the Jesus. Unless you’re John Turturro.

The Big Lebowski was released more than 16 years ago, but the passage of time has done little to diminish its status as a cult classic. As a result, any actor who appeared in the film is inevitably asked about getting Jeff Bridges, John Goodman and the rest of the gang back together for a sequel. On Saturday, Turturro confirmed that, at the least, he would be interested in reprising his role as hairnet-wearing, F-bomb dropping, bowling ball-licking, crazy gangsta of the lanes Jesus Quintana.

“If I can get the permission I need, I’d like to return to that role,” the 57-year-old actor said, clearly trying to fool the bigs in the league office (or at least the Cohen Brothers) into giving him a green light. His declaration is far from a guarantee — nor does it make clear whether the project would be a sequel, a spinoff or mere bush-league psych-out stuff — but after 16 years, any sign of hope has to be good for Lebowski fans.

And perhaps we may get closure on Quintana’s open-ended metaphysical question: “What’s this day of rest shit?” 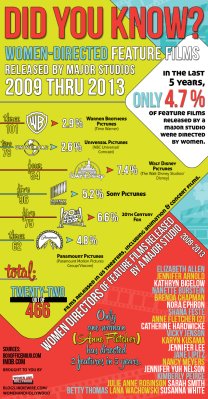 The Number of Feature Films Directed by Women Is Depressingly Low
Next Up: Editor's Pick