When news broke early last year that Internet activist Aaron Swartz had been found dead, filmmaker Brian Knappenberger was already deeply immersed in the hacking and computer programming world. Fresh off the release of a documentary about the Anonymous movement, We Are Legion: The Story of the Hacktivists, the filmmaker had been following the ongoing lawsuit against Swartz, who faced charges related to illegal access of the JSTOR academic-article service.

But it wasn’t until after Swartz’s suicide that Knappenberger understood what a big deal the Swartz case was. “I was on a panel in New York City about a week after. It seemed like everyone had a story about him,” Knappenberger recalls. “There was this incredible wave of anger and sympathy and frustration, far beyond people who had even heard about this kid and far beyond people who knew him personally.”

Why did people–even those who had never met him–care so much about Swartz? What struck a nerve with people who didn’t really understand what the 26-year-old Harvard University Fellow was working on? Intrigued, Knappenberger decided to make a movie. The result, The Internet’s Own Boy: The Story of Aaron Swartz, arrives in theaters June 27. Along the way, the director figured out that caring about Swartz had nothing to do with meeting him or understanding his work, or even agreeing with what he was trying to do with the open-access movement.

For the filmmaker, Swartz’s story became a way to talk about problems with the criminal justice system and with the start-up “money treadmill.” That narrative benefitted from the fact that Swartz wasn’t an anarchy-style extremist — “I’ve made films about those people,” says Knappenberger. “That wasn’t Aaron.” In other words, Swartz’s story, as told by friends and family, is relatable.

“I don’t feel like I make movies about hackers. It’s just human. This is the world that we live in now. The Internet is not some distant realm of geeks and hackers. It’s the place where you live. We spend all of our time on the Internet. Every important part of our lives has an online component to it,” Knappenberger says, though he admits with a laugh that his next project is about hackers too. “The point I would love to say to people is that you get a say in this. Don’t leave it to the coders and programmers and hackers. This is about your world.” 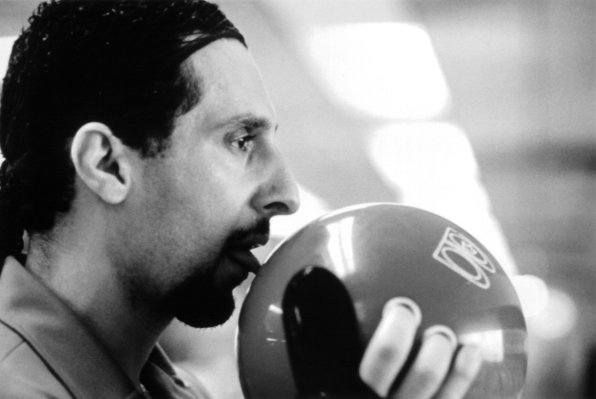 John Turturro Will Not Abide: Wants To Be in A New Big Lebowski Movie
Next Up: Editor's Pick