R.I.P. Diablo 3 Auction House, and May You Never Return

You have to respect Blizzard for knowing when to fold ’em: the Diablo 3 auction house will today disappear from the game for good, after a long drawing down period that saw it shift from developer mea culpa to functional cessation to its visual (and final) removal from the game today, June 24.

Diablo 3‘s auction house was supposed to be about reducing fraud, stamping out illicit item-trading by effectively legitimizing it under Blizzard’s auspices. But in the end, it became a stultifying gameplay-bypass tool. Blizzard obviously wants Diablo 3 to be a game about taking down Diablo, a game of skill steeped in assimilating and vamping on its design principles. But like any game that incentivizes players to kit out characters with ridiculously high-spec, hard-to-find items, the real game in Diablo 3 is about the loot hunt: about finding that kit, then extrapolating to multiple character builds and executing variations on a theme.

The trouble with systems that let you arbitrarily cut in line — and there’s probably a crude economic metaphor here — is that we know with all but scientific certainty that many of us will do whatever we can get away with in a game, and why should the ones “getting away with it” see that as a problematic? Diablo 3‘s auction house allowed players to spend as well as make real money playing the game. When the potential — some would argue of necessity, given how rare legendary items were in the beginning — to buy past gameplay (and eventually make money doing so) by a substantial population conflicts with everyone else’s sense of gameplay fairness, what do you think’s going to win: wishes or cash?

There were no momentous player-led rallies to oust Diablo 3 moneymaking. No mass boycotts of the auction house occurred. In the end, it took Blizzard’s not-so-invisible hand reaching down of its own volition to excise the auction house from the game, turning Diablo 3 back into something that now, finally, feels more like a game worth thinking about competitively.

I’m sure “illicit” external trading’s already going on, and so be it. No one’s yet built an exploit-proof game. But the lesson here — and this has implications for free-to-play apologists — may be that trying to corral and formalize a system fundamentally at odds with the game’s own design principles doesn’t make it any less of a problem. I’m surprised Blizzard didn’t see that coming a mile off, and I just hope the lessons learned pay their way forward in all the company’s games to come. 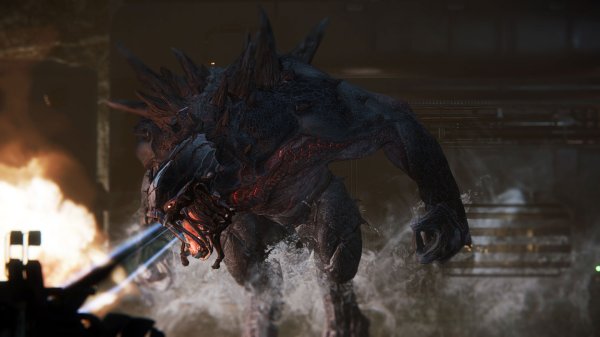 Now You Can Be 'Frankenstein's Monster': Evolve Inside Scoop
Next Up: Editor's Pick