In a lengthy interview with Playboy magazine, actor Gary Oldman made it clear that he isn’t a fan of political correctness. In fact, the 56-year-old Dawn of the Planet of the Apes star thinks “political correctness is crap…take a f—ing joke. Get over it.”

And, in case you were nervous, Oldman went on to prove his point.

The tangent — which Oldman said he hoped the reporter would “edit and cut… because it’s going to make me sound like a bigot” — began when Mel Gibson came up. When reporter David Hochman asked Oldman what he thought about what Gibson has undergone in recent years, Oldman responded:

Oldman thought that there was a double standard because Gibson “got drunk and said a few things, but we’ve all said those things. We’re all f—ng hypocrites… The policeman who arrested him has never used the word n—-r or that f—ing Jew?”

Oldman went on to defend Alec Baldwin for calling someone a gay slur and accused Hollywood of rendering anyone who didn’t vote for 12 Years a Slave at the Oscars a racist. And as long as he was on a roll — hitting race, religion, and sexuality — Oldman figured why stop there and went for the gender ticket – saying he could “never” get away with calling Nancy Pelosi an expletive based on the female anatomy. “I can’t really say that,” the libertarian-leaning actor said, though he just had — twice.

The interview was timed to help promote Dawn of the Planet of the Apes, out July 11, in which Oldman plays a villain. 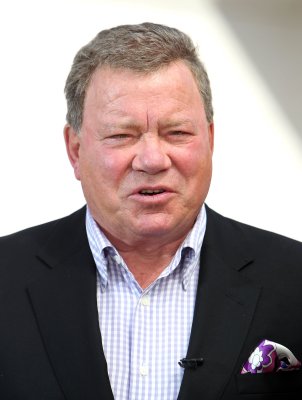 William Shatner Doesn't Think You Should Be Verified on Twitter
Next Up: Editor's Pick