A photo of 19-month-old Bounkham Phonesavanh, who was severely burned by a flash grenade during a SWAT drug raid, is held by a supporter outside Grady Memorial Hospital in Atlanta on June 2, 2014
David Goldman—AP
By Stephanie Burnett

Police departments in the U.S. have become excessively and dangerously militarized, according to a report published by the American Civil Liberties Union (ACLU).

The organization’s investigation found that SWAT deployments are increasingly used to search homes for drugs and are carried out despite the presence of children and elderly. It also said poor standards were used to gauge whether an operation was “high risk” — such as whether a suspect was armed and dangerous — and that squads were increasingly adopting warrior-like mind-sets.

Some key numbers from the report, which is titled War Comes Home:

Tragic case studies accompany the figures, among them that of Tarika Wilson, a 26-year-old mother who was shot and killed holding her 14-month-old son, and Eurie Stamp, a 68-year-old grandfather who was shot while watching baseball in his pajamas during a SWAT invasion. Bounkham Phonesavanh, a 19-month-old baby, was in a medically induced coma after paramilitary squads unwittingly threw a flash grenade into his crib, piercing a hole in his cheek, chest and scarring his body with third-degree burns. None of the victims were suspects.

It added, “Neighborhoods are not war zones, and our police officers should not be treating us like wartime enemies.” 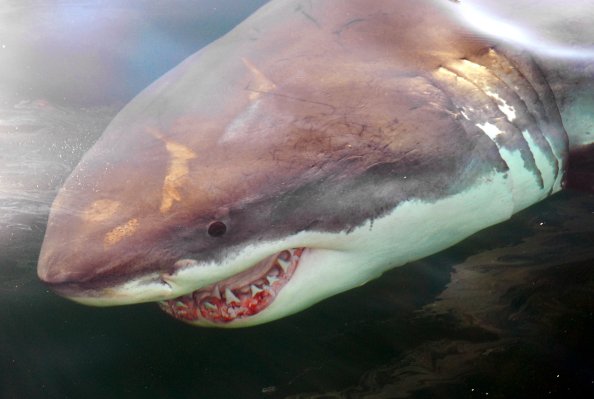 The Great White Shark Population Is Growing
Next Up: Editor's Pick