Why Organic Is the Right Choice for Parents

A poll out last week from the Organic Trade Association found a sharp decrease in parents who say price is a key factor limiting their organic purchases. “Parents in charge of the household budget recognize the benefits of organic,” said the trade group’s Laura Batcha. “And they’re willing to pay a little more to know that they are giving their families the highest-quality and most healthy products being offered in their local store.”

But the truth is choosing organic-certified foods — when you can and can afford to — is one of the best choices you can make for your children. We should know: as a mom of two girls and an author of books about sustainable food (Anna) and as a pediatrician and father of four (Alan), we have a handle on the research as well as firsthand experience.

We choose organic because we know, for example, that children fed an organic diet have much lower levels of metabolites of high-risk insecticides in their bodies. We also know that choosing organic food reduces the risk of exposure to toxic pesticides in our diet. The 2008–09 President’s Panel on Cancer report stated, “The entire U.S. population is exposed on a daily basis to numerous agricultural chemicals.” Many of these chemicals are known or suspected to cause cancer or disrupt our hormones, mimicking testosterone or estrogen, its authors continued. “Nearly 1,400 pesticides … registered by the Environmental Protection Agency for agricultural and nonagricultural uses … have been linked to brain/central nervous system, breast, colon, lung, ovarian cancers … as well as Hodgkin’s and non-Hodgkin’s lymphoma” and more.

The American Academy of Pediatrics has also warned about the exposure to pesticides. “Children encounter pesticides daily and have unique susceptibilities to their potential toxicity,” it wrote in 2012, and “chronic health implications from both acute and chronic exposure are emerging.”

While we can’t limit all of our children’s exposures to toxins in the environment, we do have a say in the food they eat. And one of the best ways to limit their exposure to these chemicals is to choose an organic diet. Because of the persistence of pesticides in the environment, no food is 100% residue-free, but Chuck Benbrook of the Center for Sustaining Agriculture and Natural Resources at Washington State University has found that organic food has significantly lower pesticide residues than conventional food.

The Origins of America's EMS System

The History of Vaccines, From Smallpox to COVID-19

Choosing organic meat and dairy for your kids is also the best way to ensure that they’re not exposed to endocrine-disrupting chemicals like the synthetic hormones given to nonorganic livestock to speed growth and alter reproductive cycles. And choosing organic meat and dairy means your children are not fed meat that was raised on daily doses of antibiotics to speed growth, leading to dangerous antibiotic-resistant bacteria.

Your kids will get more of the good stuff too. A recent study comparing organic and nonorganic dairy production, commissioned by the farming cooperative Organic Valley, found a medically significantly higher concentration of heart-healthy omega-3 fatty acids in organic products. “Organic Valley is proving what our farm families have known for a long time,” said George Siemon, a founding co-op member. “Not only is high-quality pasture and forage better for cows, it produces nutritionally superior whole milk.”

Organic food is a healthy choice for all of us but especially for kids. Infants and children are particularly vulnerable to chemicals, in part because their immune systems are still developing and in part because, pound for pound, they’re exposed to more chemical residues than adults. Another reason is that children and babies tend to eat a lot more of certain foods than adults — think bananas or apples.

The developing fetus in the womb is perhaps most vulnerable of all: three studies by scientists at Columbia University, the University of California, Berkeley, and Mount Sinai Hospital tracked women exposed to higher amounts of organophosphate pesticides while pregnant and found that once those children reached elementary-school age, they had IQs averaging several points below those of their peers.

We make the choice for organic not just for the health and safety of our own children but also for the health and safety of all children, especially to help protect the children of the people who grow and harvest our food. We know, for instance, that children born to women exposed to pesticides in agricultural fields or communities have lower IQs and other troubling health outcomes.

What about that 2012 Stanford study that purportedly found that organic food is no better for you than conventional food? The metastudy — or study of studies — was reported widely in the media to have found little evidence of health benefits from organic foods. While it found that conventional produce is five times more likely than organic to contain pesticide residues, the authors dismissed this conclusion based only on the total number of pesticide residues in food, not their toxicity. Critics of the study stressed that toxicity — the health risk posed by a particular residue — is what matters. According to Benbrook, an assessment of the same data set based on the known toxicity of residues reveals a 94% reduction in health risk from these pesticides among those who eat organic foods.

This summer, you can join with families across the country in heading out to farmers’ markets or supermarkets and seeking organic food, knowing that when we can and can afford to, organic is one of the best choices we can make for the health of our families.

Lappé is the co-founder of the Small Planet Institute and a nationally best-selling author, most recently of Diet for a Hot Planet. Greene is a leading pediatrician and author of Feeding Baby Green, among other books. 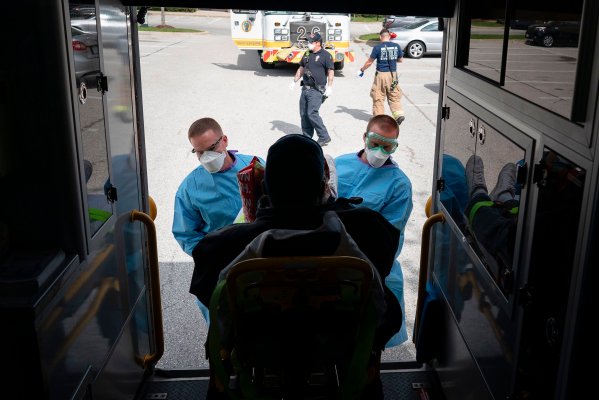