Starbucks marked the 40th anniversary of Seattle Pride by raising an 800-square-foot flag at its corporate headquarters as a group of employees and CEO Howard Schultz watched from below in Seattle on June 23, 2014.
Nate Gowdy
By Hannah Goldberg

Starbucks made a very prominent declaration of its support for LGBT rights on Monday when company headquarters raised a rainbow flag in honor of the Seattle Pride Parade.

This isn’t the first time the national coffee chain has used its prominent brand to advocate for the gay community. In 2012, Starbucks was on a list of companies endorsing the legalization of same-sex marriage in Washington state, the Seattle Times reported.

“Given our public stance on diversity and inclusion of all people, particularly on this issue, it makes sense to raise the flag in celebration,” Executive Vice President Lucy Helm said in a statement.

The flag will remain raised throughout the weekend. 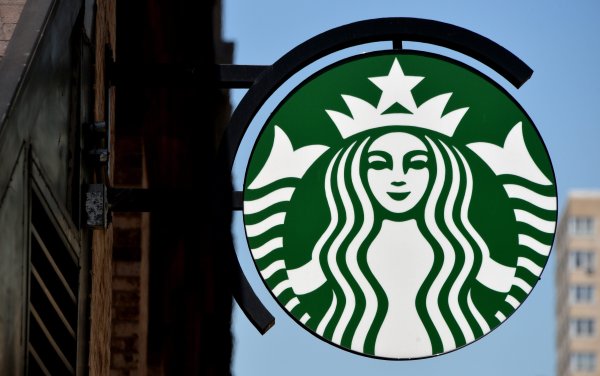 Your Caffeine Fix at Starbucks Is About to Get Pricier
Next Up: Editor's Pick