The Dishonest Diplomat: How a Critical Profession Got a Bad Rap

“An ambassador is an honest gentleman sent to lie abroad for the good of his country.”

“Diplomacy, n. The patriotic art of lying for one’s country.”

There are few more odious figures in popular culture than the diplomat. Ben Kingsley’s ambassador to Yemen in the movie Rules of Engagement is first a coward, hiding under his desk from an angry mob, waiting to be rescued by U.S. Marines, and then later a snake, lying smoothly under oath to help convict the very Marine officer who saved him from the mob. In Costa-Gavras’ classic Missing, the American diplomats are alternately dissembling and disinterested. And it would be hard to top The Omen, in which an American diplomat, played by Gregory Peck, lies to his wife, played by Lee Remick, and tricks her into raising the Antichrist. That, needless to say, does not work out well.

Spies and soldiers can draw on the goodwill generated by thousands of popular books and movies that, on balance, present a broadly positive image. Tom Clancy’s CIA officers, for instance, are good-looking, hardworking, honorable patriots. The general public has every reason to feel that it understands what soldiers and spies do for a living and how they contribute to American security. Diplomats, on the other hand, are something else. Only a relatively small number of people have a good grasp of what it is that diplomats actually do. We are part of the national-security establishment. We collect information, formulate policy and seek to influence foreign governments in support of that policy. And as instruments of state power, we are considerably cheaper than spy satellites or cruise missiles.

To the extent the public thinks about it at all, however, there is something vaguely slippery about diplomacy as a profession. Part of the reason is that, at its core, diplomacy is fundamentally about compromise. It is the art of the possible. Victories are rarely clear-cut, and they are typically more of the incremental variety than of the transformational. Even more important, however, is the reputation diplomacy has acquired for dishonesty. Diplomats, it is widely assumed, are professional liars with expense accounts and nice suits. If not immoral, they are at best amoral.

The reality is that diplomacy — good diplomacy, at least — places a premium on honesty, defined here as credibility and trustworthiness. Do you mean what you say? Do you deliver on what you promise? If not, why would anyone give you the time of day?

I have devoted more than 20 years to the diplomatic service of the U.S., and I have never once been asked to lie for my country. I have said things — often with complete confidence and utter conviction — that later turned out to be wrong. And I have engaged in my fair share of lies of a social nature — “We’re friends, aren’t we?” “Of course we are” — but I have never, to the best of my recollection, deliberately lied to a contact.

I have said things I do not believe — lots of things. But that’s a very different issue. When I speak professionally on behalf of the U.S., whether in public or private, I represent U.S. policy and U.S. views to the best of my abilities. Like royalty, diplomats do a great deal of talking in the first-person plural (“We believe . . .”) or the third-person inanimate (“My government feels . . .”). My contacts — interlocutors, in diplomatese — don’t care what I think. Or at least they shouldn’t. They care a great deal, however, about what the U.S. thinks. So my job is to persuade others to see things our way but not necessarily my way.

A couple of weeks ago, I bought the board game Diplomacy for my 12-year-old son, drawing on my fond memories of late-night sessions in junior high school. The other day, I brought the game to the U.S. embassy in Belgrade, Serbia, where I am currently assigned. What could be more fun than playing Diplomacy with a bunch of diplomats?

We were terrible at it.

On one level, of course, Diplomacy the board game bears as much resemblance to diplomacy the profession as the board game Operation does to surgery. Diplomacy is the exercise of national power in its multidimensional complexity. The game version involves pushing little cardboard pieces across a map of long-defunct European empires. It also involves lying — lots of lying. You make promises to other players about how you are going to support them in achieving their ambitions, and then you don’t follow through. You deceive and cheat your way to Continental domination.

There was a demonstrable reluctance on the part of the diplomats playing Diplomacy to promise X and do Y, even in a game. In real diplomacy, if it ever becomes apparent that your word is no good, you are, for all intents and purposes, finished. A diplomat who can’t be trusted is little short of worthless.

This doesn’t mean that being a diplomat is being an open book. Far from it. We cherry-pick our facts, omit the inconvenient from our narratives and manipulate language without mercy to make our point. All of this is fair game. But just don’t lie. It’s not only unethical, it’s bad business.

The views expressed here are my own and do not necessarily reflect those of the Department of State.

Matthew Palmer is a 20-year veteran of the U.S. Foreign Service, currently serving as political counselor at the American embassy in Belgrade. While on the Secretary of State’s policy-planning staff, Palmer helped design and implement the Kimberley Process for certifying African diamonds as “conflict free.” His experience in Africa serves as the foundation for his debut novel, THE AMERICAN MISSION, out June 26. 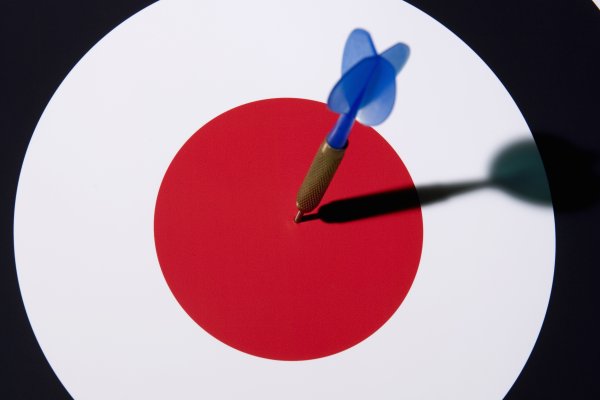 Undivided Attention: 6 Ways to Focus That Will Make You Happier
Next Up: Editor's Pick