NASA’s Mars Curiosity rover will complete its first Martian year on June 24th. The rover took a ‘selfie’ to commemorate its 687-day stay on the Red Planet — Earth days, that is.

Curiosity made some groundbreaking findings in its first “year” on the planet. In Aug. 2012, Curiosity succeeded in its main mission, to determine if Mars ever harbored the environment to support microbial life. The Curiosity rover drilled into the Martian Gale Crater, in the Yellowknife region, finding a former lakebed containing what NASA called “essential elemental ingredients for life.”

This spring, the rover spent its time collecting sandstone samples in Windjana, an area south west of the original Bradbury Landing site. The rover will continue moving south west towards Mount Sharp, its final destination. 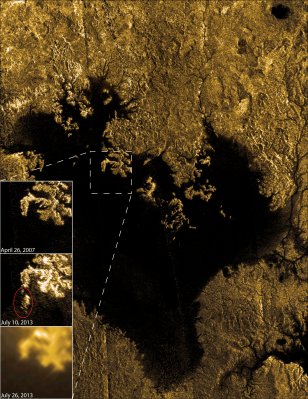 Here's the 'Magic Island' That Appeared in Space
Next Up: Editor's Pick