Microsoft is boosting its cloud storage offering in an effort to better compete against the likes of Google, Box and Dropbox. The company announced today that it will begin offering 15 GB of free storage space in its OneDrive product, up from the current amount of 7 GB. The company is also increasing the storage space for Office 365, its online subscription service for productivity software like Word and Excel. Customers will now get 1 terabyte of storage space with Office 365, up from 20 GB previously. Microsoft is also slashing prices for purchasing additional storage on OneDrive. 100 GB of space will cost $1.99 per month, down from $7.49 per month. 200 GB will be $3.99 rather than $11.49. All the changes will take effect in July.

The new prices give Microsoft’s offering parity with Google Drive, which already offers 15 GB of space for free and additional 100 GB for $1.99 per month. It also further distances the tech giants’ offerings from cloud storage startups like Box and Dropbox, which give away less space for free. Everyone competing in the space has been racing to slash prices and expand free offerings over the last year in hopes of luring customers. 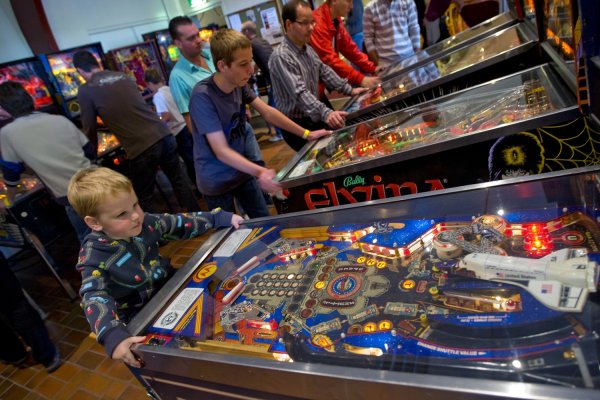 California Town that Banned Pinball 80 Years Ago Will Finally Legalize It
Next Up: Editor's Pick