A view of the sunset over the Alhambra in Granada, the Spanish city this man was trying to visit.
Getty Images
By Samantha Grossman

If you’ve ever mixed up the Caribbean island of Grenada and the Spanish city of Granada, you’re not alone. Apparently even airline officials — whose JOB it is to know things like this — have made the mix-up, too.

American dentist Edward Gamson hoped to visit Granada — a charming city in southern Spain known for its 11th-century Alhambra palace — on a recent vacation. But what he thought would be a two-hour British Airways flight from London ended up being a nine-hour flight all the way to the Caribbean. You know, to Grenada instead of Granada. Whoops.

“I have a lifelong interest in Islamic art. I’m also of Spanish Jewish heritage so it was something I had always wanted to do to visit Granada and the Alhambra,” Gamson told The Independent. “I made it absolutely clear to the booking agent I wanted to go to Granada in Spain. Why on earth would I want to go to Grenada in the Caribbean if I was flying back to America from Lisbon?”

Gamson and his partner never made it to Spain, and British Airways refused to reimburse $4,5o0 first-class tickets. Gamson decided to sue the airline, seeking $34,000 in damages.

It’s obviously a bummer that Gamson never got to take his trip to the stunning south of Spain, but there are definitely worse places he could have ended up, as Grenada is pretty stunning too: 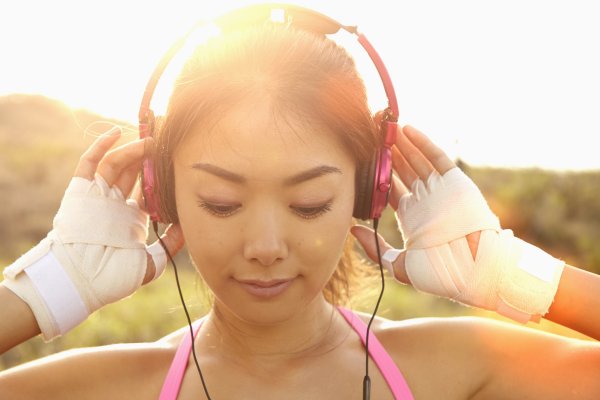 This Is Spotify's Ultimate Workout Playlist
Next Up: Editor's Pick