The Mexican wall waits for a free kick from Portugal's Nani (17) during an international friendly before the 2014 World Cup, Foxborough, Mass., June 6, 2014.
Fred Kfoury III—Icon SMI/Corbis
By Alexandra Sifferlin

Several teams participating in this year’s World Cup have team-wide bans on having sex before games, because coaches believe it could interfere with performance.

“There will be no sex in Brazil,” Safet Susic, the coach of Bosnia-Herzegovina’s national soccer team told reporters. “I am not interested what the other coaches do. This is not a holiday trip, we are there to play football at the World Cup.”

Abstinence is not a phenomenon reserved for the World Cup; several Olympic teams have taken temporary vows of celibacy during the games (though that has not stopped Olympic villages from running out of thousands of condoms). It’s even reported that boxer Muhammad Ali refused to have sex six weeks before a match.

However, there’s a lack of evidence proving sex makes people worse—or better—at sports. “It’s often talked about, but it has not been shown to be true,” says sports medicine physician Dr. Jordan Metzel. “There are lots of factors that could account for how a player performs.” For instance, doing the deed can take time away from getting enough shuteye, and getting enough sleep is non-negotiable for peak performance. (French players are allowed to have sex, but “not all night,” the team’s former doctor told 20Minutes.fr) The authors of a 2000 study note that former New York Yankees manager Casey Stengel once said: “It’s not the sex that wrecks these guys, it’s staying up all night looking for it.”

There have been few studies looking specifically at sex and athletic performance but results were inconclusive. For example, a mid-90s study looked at the effects of sex on measures like aerobic power and oxygen pulse among 11 men running on treadmills. The men were tested twice, once having sex 12 hours before and once without sex. Putting aside the fact that it was a very small sample size with limited testing, the data came back showing the results from both experiments were no different.

Another review of 31 studies on sex and athletics published in the Clinical Journal of Sports Medicine found weak evidence that having sex the night before competition affects performance. Exhaustion cannot be a great factor since most sexual intercourse burns only 25–50 calories—the equivalent of walking up two flights of stairs. The authors of that research conclude that it likely just depends on the person. Some may feel that sex helps them relieve anxiety, while for others it becomes a distraction.

There’s also the possibility that sex during major athletic events leads to distractions. Some teams, like Nigeria, only allow players to have sex with their wives. Perhaps it’s because the hook-up scene can becoming distracting. “There was a point where I had to be like OK, this is way too distracting. I deleted my [Tinder] account to focus on the Olympics,”American snowboarder Jamie Anderson told reporters.

However, no studies have looked at the psychological effects of having sex before a game and whether athletes believe sex helps or harms them, which may be more important. “In sports, people have all kinds of theories, even if it’s not medically substantiated. For instance: compression gear for speed and titanium necklaces for performance,” says Dr. Metzel. “We don’t have scientific evidence to back those claims, but if players think abstaining from sex helps them, it may give them a psychological edge.”

Many athletes have pre-game rituals, or lucky tokens, and some research has shown that these superstitions actually improve performance. So perhaps a team sex-ban technically isn’t doing much for performance on the field, but when it comes to getting in the right mindset, it’s not out of the question that it could make all the difference for some players. 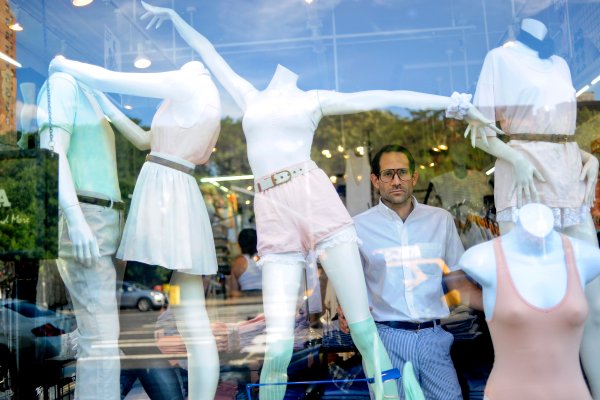 The Smut Shaming of Dov Charney and Terry Richardson
Next Up: Editor's Pick