North Korea has slammed the upcoming Seth Rogen and James Franco comedy about Kim Jong Un’s assassination as an example of the “desperation” of American society, but a spokesman for the North Korean leader says he will probably watch the movie anyway. Probably because the movie seems awesome.

The Interview, due in theaters in October, stars Rogen and Franco as a talk show team who are tasked with assassinating the North Korean dictator after the CIA finds out he’s a fan of their show. Kim Myong-Choi, executive director for the Center for North Korea-US peace and an unofficial spokesman for Kim Jong Un, said the North Korean leader would watch the film despite the fact that it lampoons his own death. But Myong-Choi also said Rogen and Franco’s joke about assassinating foreign leaders is a little too real.

“A film about the assassination of a foreign leader mirrors what the U.S, has done in Afghanistan, Iraq, Syria and Ukraine,” he told The Telegraph in an interview. “And let us not forget who killed Kennedy—Americans.”

“In fact, President Obama should be careful in case the U.S. military wants to kill him as well,” he added.

Rogen wrote on Twitter that he hopes Kim Jong Un likes the movie. 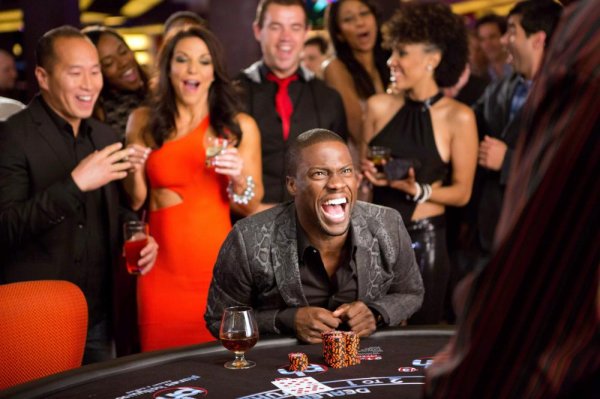 Think Like a Man Too Outshines Jersey Boys
Next Up: Editor's Pick