Is a Vast Marine Sanctuary Any Use if You Can't Police It?

For the first half of June — until the U.S. declared an even bigger one — the tiny, French semiautonomous territory of New Caledonia boasted the largest nature reserve on earth.

Covering a vast 1.3 million-sq-km region of the South Pacific, the Natural Park of the Coral Sea was established on May 28 to protect the world’s second largest coral reef and its attendant lagoon. Already safeguarded in parts by a UNESCO World Heritage listing, this wonderland is a nursery for 25 kinds of marine mammals (including sea cows and humpback whales), 48 species of shark and five different marine turtles. It also spawns vast numbers of pelagic fish, 3,000 tons of which make it into the Pacific every year – an important food source for tens of millions, and a source of employment for thousands of people living in the region.

But before most people had even heard of the creation of the Natural Park of the Coral Sea, U.S. President Barack Obama went one better by using his executive powers to create an even larger marine park in the south-central Pacific on June 17. Known as the Pacific Remote Islands Marine National Monument, it protects 2 million sq km of ocean and a smattering of islands and atolls between Hawaii and American Samoa from commercial fishing.

Obama’s announcement made world news, while New Caledonia’s barely received a mention. Perhaps that’s because the U.S., while sketchy on the details, has the hardware and manpower to enforce the no-take rule at the core of any national park. New Caledonia, however, has no navy of its own and relies on a handful of French ships to patrol an area twice the size of Texas and three times the size of Germany. What, in the end, is the meaning of its marine sanctuary if it cannot police it?

“This is supposed to be a World Heritage area, but look around you. Where are the patrols?” asks Manu Hernu, an eco-tour operator in Bourail, a popular surf beach on the west coast of New Caledonia’s largest island, Grande Terre. “There is no one here to stop people from fishing but me. I have to be the sheriff because the government isn’t here.”

A similar picture emerges in the micro-state of Kiribati, the halfway point between Hawaii and Fiji. Two days before Obama’s announcement, Kiribati banned commercial fishing in the Phoenix Islands Protected Area, which, at 400,000 sq km, is nearly equal in size to California. But with only 100,000 people and no defense budget to speak of, Kiribati has no means of enforcing the decree. It wants other nations already doing the heavy lifting in the area — like Australia, France and the U.S. — to provide ships and new technology to protect its massive mid-ocean wilderness.

New Caledonia’s lofty ideals must also be measured against its unremarkable environmental record. Home to a quarter of the world’s known nickel reserves, the archipelago is said to be “made of nickel.” The foreign dollars earned from nickel mining and smelting account for more than 90% of all exports. It’s the reason New Caledonia is so much better off than the aid- and tourism-dependent nations it counts among its neighbors in the South Pacific.

But that wealth has come at a price. In the highlands of Grande Terre, strip mining has turned great valleys rust red in color and sliced off entire mountaintops. Most of the damage harks back to the start of the mining boom in the 1970s, when rehabilitation of the landscape — once nickel had been extracted — wasn’t mandatory. Environmental protection standards for mining are relatively high today but accidents continue to dog the sector. In May, a mine owned by Brazilian giant Value leaked 100,000 L of acid-tainted effluent into a river that flows into a World Heritage zone. It follows another accidental spill of 40,000 L of sulfuric acid in 2009 and another in 2008 that turned a river green.

“We must do better for our marine resources than we did for our terrestrial resources,” World Wildlife Fund’s New Caledonia bureau chief Hubert Géraux tells TIME. He commends the announcement of the Natural Park of the Coral Sea but says it’s just a framework and the real work is yet to be done. “The first stage has been realized, but now it is necessary to ensure the success of the next step and implement a management plan for the rezoning of the park,” Géraux says. “People are quite supportive, but it’s too early to tell.”

Professor Joshua Cinner of the Australian Research Council Centre of Excellence for Coral Reef Studies at James Cook University agrees that just calling something a national park does not equate to protection.

“But I would not be cynical enough to believe a government would do something like this as a public relations exercise,” he says. “It’s being done in the kind of top-down manner which I really don’t believe in. But it could be part of a longer strategy that puts a framework in place for protection of marine resources on an absolutely massive scale.

“Either way, it’s always good to see governments talking about conservation,” he adds. “It creates intrinsic value just by just telling people that it’s there.”

Correction: The original version of this article misstated the name of an eco-tour operator. He is Manu Hernu, not Manu Hemu. 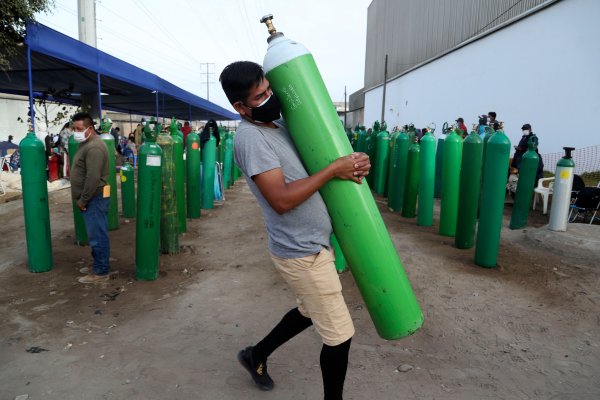