Here is a story of a powerful institution, an aggrieved advocate, recent technologies and a battle for the truth. It is also, I believe, a window into the dire nature of our current political and journalistic predicament.

Once upon a time, on Thursday in fact, a reporter for the New York Times wrote a story about John Bolton, the former U.N. ambassador, who has recently been back in the news attacking President Barack Obama for his policy toward Iraq. In the middle of the story, there was a surprising aside.

This is not, typically, how business is conducted in journalism. We reporters tend to expect answers without supporting documents from the ideological allies of our sources. Upon reading the story, I tweeted the quote as something worth highlighting, linking to Grenell’s Twitter account.

Therewith, a battle began. Grenell, a Republican foreign policy aide and accomplished pugilist on Twitter, fired back a couple personal attacks, aiming to question my own journalistic methods for having tweeted the New York Times quote.

As a rule, I do not re-report everything I tweet, though I have a great interest in not misleading my Twitter followers. So I asked Grenell over Twitter, and later via an email, for his side of the story. Grenell did not respond immediately. Soon other reporters, notably Politico’s Dylan Byers and Buzzfeed’s McKay Coppins, fell into similar beefs with Grenell.

So we waited. But in the meantime, the hornets nest had been riled. Twitter followers of Grenell fumed at how far respectable journalism had fallen, and Grenell echoed their complaints, while he placed a story with his side of the story on his own terms.

That story appeared on The Daily Caller, a conservative news website, on Friday morning, via a link from an alarming headline on the site’s homepage:

Since lying is probably the most serious sin in journalism, the story soon buzzed around conservative social media, feeding the daily need for outrage that fuels the online political discussion. In the story, Grenell gave his account of events. He said he had told the author of the Times story, Jennifer Steinhauer, that he did not know her, and would not “help recommending her to my former boss and friend John Bolton.”

There were three claims here: First, Grenell says he was led into saying what the Times reported him saying—context that was omitted from the story. Second, he claims he was misidentified as a spokesman, when he is a former spokesman. Third, he argues that the Times story suggested Bolton demanded a Republican lawmaker voucher, when the comment has been offered only as a suggestion by a former staffer.

Steinhauer’s version of events were not included in the story. (The Daily Caller author, Patrick Howley, said he sent her an email asking for her side, but she says she found no record of receiving the email.) So on Friday, I began an email exchange with Steinhauer, who said Grenell was the one to raise the idea of having a lawmaker email Bolton to vouch for her. Here is her version:

I will leave it to the New York Times editors to determine whether a correction is in order. What interests me more is the path the dispute took. Rather than take up his case with the New York Times or publicly decry it with a different set of facts, as would have happened in the past, Grenell created a far more interesting and combative media event that played out in a space entirely divorced from the Times and its readers. Until a reporter for Talking Points Memo and I contacted Steinhauer, there had been no dialog, even dialog intermediated by a third party, between the two. In place of an effort to establish the facts, there was enormous opportunity for outrage, at the D.C. press corps, at the New York Times and at anyone who deigned to quote something that had been printed in the New York Times. This seems to have suited most of the players just fine.

In that way, Grenell can probably be credited with a success more valuable than a simple New York Times correction. An old German philosopher is famous for saying, “War is merely the continuation of politics by other means.” In the modern online age, however, the difference between the two is often impossible to distinguish. People are the preferred targets, not ideas, and each side has an army in waiting, consuming propaganda filtered through self-selecting social threads, waiting to pounce. Figuring out what is actually going on, or finding a way to agree on the facts, is increasingly an afterthought.

As an addendum to the tale, let me make a final personal disclosure. One of Grenell’s other gripes about the New York Times piece was its mention of Bolton’s appearance, which Grenell considers out of bounds. I agree that in most cases critiques of the appearance of politicians, especially women, must first overcome a high bar of relevancy to the story itself. But I also once made the case, as far back as 2006, that Bolton’s appearance is key to understanding his role in foreign policy. You can read that story here. 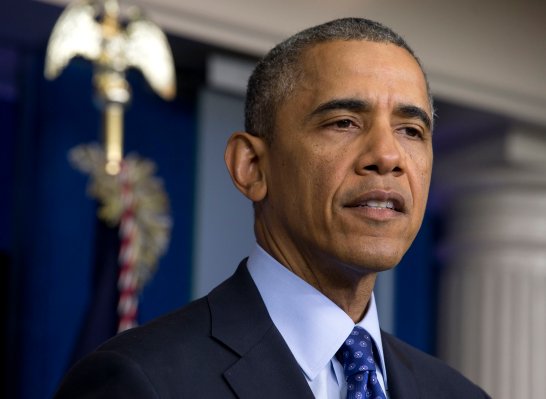 Obama Deploys Special Forces to Iraq
Next Up: Editor's Pick