This Ramadan, Let's Restore the Sanctity of Life

From the sectarian violence in Iraq to the deadly school shootings in America, we wake up almost everyday to tragic news of the loss of innocent lives. In these times, it is hard to make sense of all the murder and mayhem. Each incident or situation brings its own analysis of the who and why. But, whether it’s in the East or in the West there seems to be a larger problem underpinning all of these travesties: the loss of the sanctity of life.

As a Muslim, I am particularly saddened and troubled with how a small but dangerously misguided group of people are so easily willing to take life randomly to make a point that is only clear in their own minds all while wearing the mantle of Islam. These individuals and their mischievous leaders have completely neglected the undeniable sanctity of life that is articulated in the religious sources and through the writings of Islamic scholars throughout the centuries.

The Qur’an — Islam’s highest source for knowing God’s will — describes human beings as carrying something of the divine spirit (15:29), inherently full of nobility and dignity (17:70), created in the best of moulds (95:4), and placed on earth for very high purposes (2:30) among other descriptions. Therefore, the Qur’an affirms the Jewish teaching that killing one innocent person is like killing all of humanity, and saving one person is analogous to saving all of humanity (5:32). Murder is strictly forbidden and considered one of the greatest sins (6:151). Abortion (17:31) and infanticide (16:59) are condemned. As a deterrent against the taking of innocent life, the Qur’an allows for capital punishment of a murderer in the court of law but encourages the victim’s family toward mercy or a lighter punishment (2:178). The Prophet Muhammad, likewise, emphasized in numerous traditions that the true believer was the one who safeguarded people’s lives, safety, and property.

As such, the legal scholars of Islam, in articulating the higher aims and purpose of Islam’s sacred law (maqasid al-shari’ah) always highlighted the preservation of life as one of the foremost objectives. There isn’t a scholarly work out there on the philosophy of Shari’ah that does not emphasize the sanctity of life.

This is not to claim that Islam is a pacifist religion. To claim so would be disingenuous. But, violence and the taking of life in Islam is limited to specific legal punishments in a court of law or fighting on the battlefield in a just cause (Qur’an 22:39-41). It is not and cannot be the random vigilante violence that suicide bombers and others have taken to as a daily method of traumatizing and terrorizing people to meet political objectives. This has no basis for justification whatsoever in Islam’s ethical system.

Sadly, there are disenchanted Muslims out there who express their anger and frustrations with the world through violent means. They are led into this battle cry by charismatic leaders who convince them that killing is somehow a solution. The Qur’an itself warns against following charlatans who claim the mantle of godliness but who, in reality, cause corruption and sow mischief on earth (2:204).

There are very real causes for pain and angst in parts of the Muslim World. The feeling of humiliation and disrespect from the rest of the world is palatable for so many. The missiles and embargoes that people have to live under are unbearable. The poverty and corruption make it hard to see brighter days ahead. Living under brutal dictatorships that are supported by powerful nations is depressing.

The old and weary resolve themselves to apathy. But, the young are often left with a burning desire to change their situation. As the popular song by the American band Fun goes, “Tonight, we are young so let’s set the world on fire.” The problem is fire can either produce light and energy or it can cause indescribable destruction and horror. When young people are not shown how to or supported in their efforts to change the world positively and constructively then they will find a way to do so destructively. The frighteningly violent group operating out of Somalia al-Shabab, meaning in Arabic “the young,” are a prime example of what misdirected zeal can lead to. But, as a university chaplain surrounded by young people everyday, I take much greater hope in the Muslim students I meet everyday who are committed to peaceful paths and positive change. For example, two Princeton students, Farah Amjad and Wardah Bari, received the prestigious Davis Projects for Peace prize and are spending their summer in Jordan developing playgrounds for children that bring together native communities and Syrian refugees to foster peace.

Returning to the sanctity of life, it must be restored to the heart of our ethics today. This means making it known loud and clear from every hilltop and valley that vigilante killing is morally intolerable and unacceptable. It means holding murderers in disgrace, never in honor. It means truly feeling and mourning the taking of life whenever and wherever it happens. It means debating war just as vehemently as we debate abortion or end of life issues, if not more. And, it means treating every life — regardless of race or religion — as equal.

Of course, one of the moral problems we face as human beings is knowing when killing, if ever, is justified. Many moral philosophers and religious scholars have pondered this difficult question. All I would like to offer in this piece is a call to restraint. The Prophet Muhammad warned that a time would come when random killing was common and he advised his followers to be like the first and better son of Adam who said to his brother “If you stretch forth your hand to kill me, I will not stretch forth my hand to kill you.”

The blessed month of Ramadan is nearly upon us, anticipated to begin on the night of June 27. For Muslims, it is a time for fasting from eating and drinking during the daylight hours as a way of training and discipling the soul in the virtue of self-restraint. In these days of moral chaos when killing seems to be so easily justified, it is a good reminder that the higher path is found in patience and in choosing life. 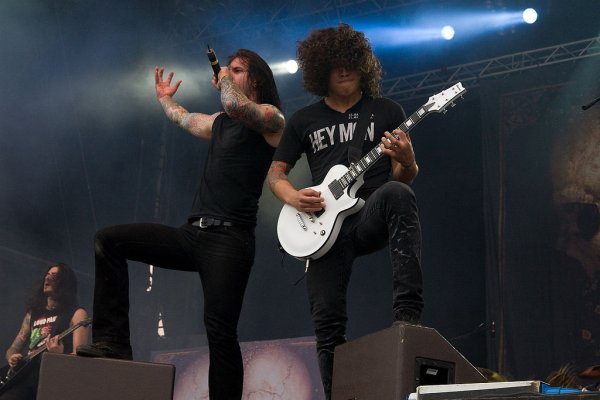