Comcast’s Fast Internet Is Bad For Its Merger Hopes

The Federal Communication Commission’s report Thursday delivered both good news and bad news to Comcast, the nation’s biggest cable company, which is hoping the government will approve its proposed $45 billion merger with Time Warner Cable.

The good news for Comcast is that it delivered 108 percent of its advertised download speeds during peak hours last year, according to the FCC, marking an 5 percent improvement over the company’s performance in 2012. Comcast crowed in a press release that the report “once again validates” the company’s effort “to provide the best and most broadly available Internet service in the U.S.”

The bad news for Comcast is that the FCC’s report also completely undermines its central argument for why the FCC and the Department of Justice should let it merge with TWC: that the merger won’t affect competition in the broadband marketplace since it competes with phone companies offering DSL service. Comcast’s man in Washington, David Cohen, argued in April testimony before the Senate Judiciary Committee that “investments by telcos in DSL technology” has led to “increased DSL speeds” and made the phone companies “formidable broadband competitors.”

But that’s not what the FCC report found. In fact, it said that despite phone companies’ investments, DSL connections showed “little or no improvement in maximum speeds,” and that phone companies were advertising speeds that are faster than the speeds they actually deliver. It also said that DSL speeds failed to reach even 90% of what they promised.

The most damning part of all? That’s not likely to change any time soon. Since DSL’s slower speeds are “intrinsic” to the technology itself, “significant capital investments across the market” would be necessary to move the needle at all, the report said. In other words, DSL’s speeds are stuck where they are, even as Internet users’ needs are surging ahead. With the explosion of streaming television, Skype and the increasing prevalence of Internet-connected appliances, thermostats and security cameras, more people today are looking for the fastest broadband speeds available to them than ever before. That means they’re dropping their old-school DSL connections in favor of cable Internet.

And that gets us back to the issue of competition. Since cable companies generally don’t compete regionally with one another, most Americans only have one cable company that serves their house. (Even if two or more cable companies operate in your city, chances are that only one serves your ‘hood.) If the Comcast-Time Warner Cable merger goes through, Comcast will be one of every three Americans’ only choice for cable broadband.

In its filings and testimony before Congress, Comcast has argued that’s not a problem because Americans can choose between signing up for Comcast’s broadband and signing up for their phone company’s DSL. But that argument hinges on the idea that DSL is comparable to cable. This report declares affirmatively that’s not the case, so Comcast’s argument crumbles. The only broadband networks that can meet and exceed cable’s speed are full-fiber networks, but they’re only available to about 15% of Americans — and not to Comcast residential customers (Comcast’s fastest offerings use a mixed cable-fiber network). And if Comcast is already faster than the DSL with which it will compete, it will have no incentive to upgrade its networks to deliver the blazing-fast speeds that fiber provides but the country sorely lacks. 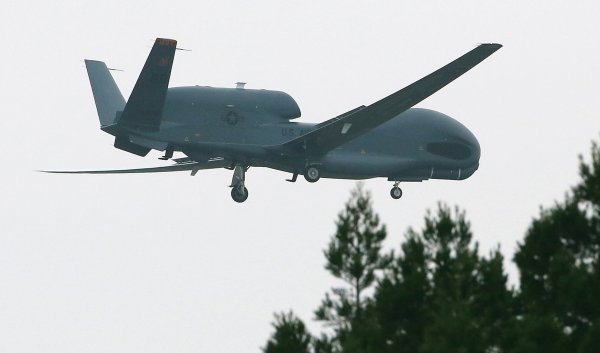 Hundreds of Military Drones Have Crashed Worldwide
Next Up: Editor's Pick