Though 2012’s Think Like a Man was a surprise smash-hit — a hit big enough to inspire think pieces about whether Hollywood would finally change the way it addresses African-American audiences, eventually grossing over $91 million — it wasn’t without its share of detractors. The ensemble comedy, based on the Steve Harvey advice book Act Like a Lady; Think Like a Man, was entirely predicated on the idea that men and women think essentially differently and that women must scheme (“think like a man”) to get the attention of the men they want/need. The Washington Post noted that it was “serving up patriarchy with a smile” and relied on stereotypical types. Ms. magazine said the book and movie were “emblematic of the sexist and racist critique and regressive advice bombarding black women.” Even a positive review in the Los Angeles Times noted that the movie was surprisingly enjoyable considering that it’s based on a “blithely sexist” book.

The movie’s sequel, arriving in theaters today, has been getting reviews that indicate it’s not likely to capture the box-office magic of its predecessor (it’s got a mere 22% fresh rating at Rotten Tomatoes) — but it’s also unlikely to earn the same degree of gender-politics criticism.

As TIME’s Richard Corliss put it in his review of the movie:

The cutesy pun on “2” and “Too” in the film’s title might be taken to imply that men and women alike, this time around, are thinking like men. But even though the characters don’t completely shed their stereotypical slots — the clueless one, the irresponsible one, the shrew, the player — the question of thinking like the more general stereotype of Man or Woman ends up being pretty much irrelevant.

After all, the fact that it’s a sequel means the characters all start out with personalities that audiences have already spent about two hours getting to know. They’re also mostly coupled off, no longer trying to game the system in the service of one-sided love. If your starting point is with actual people in actual relationships, it’s harder to lump them all together into shallow groups.

Too is hardly a radical feminist rallying cry — it’s still a marriage plot centered around a low-stakes battle of the sexes about which group can throw a better party — but it’s also in some ways a rebuttal of the very idea of the movie and book that allowed it to exist. In fact, when it jettisons the ‘act like a lady/think like a man’ dichotomy in favor of uncomplicated Vegas silliness, its plot takes a fairly egalitarian turn. Pretty much every character, regardless of gender, wants the same thing: a crazy bachelor(ette) party; a fun night with friends; a relationship that can move to the next level; a beautiful wedding for the couple that brought them there. Further, admitting that they want those things doesn’t stop the characters from finding happiness. Nobody has to pretend to be what they’re not, because the movie doesn’t separate the way the men act or think from the way the women act or think, which means there wouldn’t be anything to pretend even if they wanted to. The characters aren’t exactly dramatic ground-breakers, but at least they’re being themselves.

And it’s not just Think Like a Man Too that’s challenging those stereotypes: just as the movie hits theaters, the new trailer for star Kevin Hart’s upcoming project The Wedding Ringer dropped. Again, it’s not exactly a revolution, but nobody could argue that these guys don’t care about weddings: 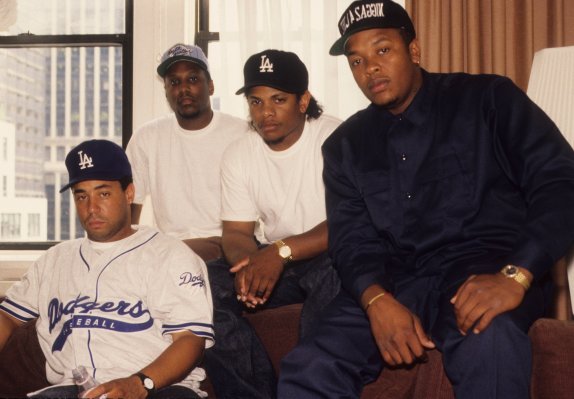 Straight Outta Compton: Where Are The Members of N.W.A. Now?
Next Up: Editor's Pick