Now that Iraq is falling apart, it seems only fitting that the U.S. government issues a fresh accounting revealing that neither the Pentagon nor the Department of Veterans Affairs has any idea if the billions they’re spending on PTSD treatments are doing any good.

A congressionally mandated Institute of Medicine panel reported Friday that neither agency assesses the success of their PTSD care. “Without tracking outcomes, neither DOD nor VA knows whether it is providing effective or adequate PTSD care, for which they spent $294 million and more than $3 billion, respectively, in 2012,” the 300-page study concludes.

Roughly 5% of all troops have been diagnosed with PTSD, the report says, but it’s nearly double—8%—for the 2.5 million who served in Afghanistan and Iraq. Post traumatic stress disorder is also increasing among older veterans. In 2013, the VA diagnosed 62,536 new cases in veterans who did not serve in the Iraq and Afghanistan wars. One out of every three new patients in 2012 in the VA’s specialized PTSD programs was a Vietnam-era veteran. All told, the number of veterans seeking PTSD care jumped from 190,000 in 2003 to more than 500,000 in 2012.

“Although these numbers are likely to underestimate the incidence and prevalence of PTSD, they demonstrate that action is needed to respond to this growing problem,” the study says. “Demands for post traumatic stress disorder services among service members and veterans are at unprecedented levels and are climbing.”

The IOM report is crammed with data about the extent of the problem, and figures to back them up (you can see more of them here):

Even those who have dealt with the issue for years are surprised. “The acceleration of PTSD among service members and veterans is staggering,” says Elspeth Ritchie, a retired Army colonel and the service’s one-time top psychiatrist.

The Pentagon’s PTSD treatments “appear to be local, ad hoc, incremental, and crisis-driven, with little planning devoted to the development of a long-range approach to obtaining desired outcomes,” the IOM report says. While the VA’s programs are “more unified,” they both lack records of what treatments work, meaning they “have no way of knowing whether the care they are providing is effective.”

“Given that the DOD and VA are responsible for serving millions of service members, families, and veterans, we found it surprising that no PTSD outcome measures are used consistently to know if these treatments are working or not,” says committee chair Sandro Galea of Columbia University’s Mailman School of Public Health. The report is a follow-up to an initial IOM assessment of PTSD treatment released in 2012 that only surveyed what was available; Friday’s study was to find out if they work.

PTSD can happen when someone experiences a traumatic event, on the battlefield or elsewhere. It can lead to anxiety, depression, sleeplessness and other symptoms that can interfere with life, sometimes contributing to domestic violence, divorce and suicide. The multiple deployments required by a force too small to support the wars fought has played a major role in the PTSD increase among recent vets.

Unfortunately, even if the government begins tracking outcomes, the results may be what the IOM calls “modest,” at best. The only program that routinely conducts such assessments is the VA’s small specialized intensive PTSD program (SIPP). “In 2012, the 39 SIPPs had 3,792 entrants for a total cost of $88,572,953, or $23,578 per patient,” the study found. “The average PTSD Checklist (PCL) scores for veterans at admission to the programs and 4 months after discharge were 65.9 and 60.2, respectively. That indicates that most program graduates met the criteria for clinically significant PTSD after discharge on the basis of a PCL cutoff score of 50.” 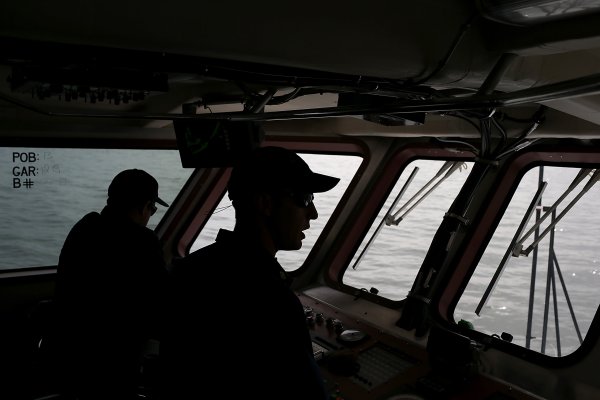