Brian Harris, 8, waits for the Denver Juneteenth parade to begin with his mom and other employees from US Bank in Denver on June 18, 2011.
Kathryn Scott Osler—Denver Post/Getty Images
By Eliana Dockterman

Cities across the U.S. have planned celebrations around Juneteenth, a holiday commemorating the announcement of abolition in Texas on June 19, 1865.

Though President Abraham Lincoln delivered his Emancipation Proclamation on January 1, 1863, the news spread slowly to Texas. It wasn’t until more than two years later that union soldiers reached the Lone Star state to make the announcement. Texas was the first state to pass a law officially recognizing Juneteenth as a state holiday, in 1980. Today, 43 states and the District of Columbia participate in Juneteenth observances.

Juneteenth has come to symbolize freedom in some African-American communities. “The Fourth of July is yours, not mine. You may rejoice, I must mourn,” Fredrick Douglass said of Independence Day in 1852. The holiday of Juneteenth recognizes America’s complicated and terrible history with slavery and celebrates true freedom.

The holiday is still not as well known as it ought to be, as Jamelle Bouie points out at Slate. Still, this year Juneteenth was celebrated with particular verve in some parts of the U.S. The Atlanta History Center and Cyclorama will hold events through the weekend. Juneteenth celebrations in Albany will honor Maya Angelou. Historians and authors will speak in Winston-Salem before a Jazz Festival on Saturday. Houston has held parades, R&B concerts, barbecues and rodeos. 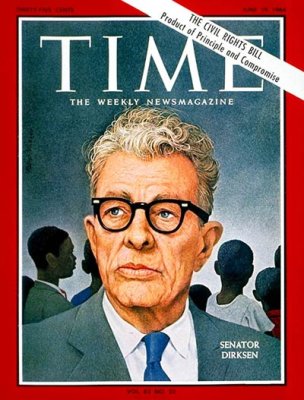 7 Things to Know About Passage of the Civil Rights Act
Next Up: Editor's Pick