Presentations can be unbearable.

We average 5.6 hours each week in meetings and 69 percent of us feel they aren’t productive.

Which presentation techniques can help you improve your delivery and convince your audience?

What magic do both the speeches of Martin Luther King and the marketing of Apple have that move us to believe and act?

Simon Sinek, author of Start with Why: How Great Leaders Inspire Everyone to Take Action, has an interesting theory:

People don’t buy what you do. They buy why you do it… Start with “Why.”

Start with the goal, the messianic mission, and get them on board emotionally. Then when you describe the solution, they’re already sold.

Check out his interesting (and inspiring) TED talk:

(Here’s more on how to motivate.)

2) Begin With What You Know They Believe

If you start a presentation telling iPhone users how great Android phones are, you’ve already lost them emotionally.

One of the presentation techniques you should always employ is to meet your audience on common ground early in, show them you’re one of them, then guide them where you need them to go.

Via 100 Things Every Presenter Needs to Know About People:

If you start your presentation with the opposite of what they believe, they may turn you off right away… But if you start with an idea I agree with or know about…then you have a chance of getting through to me.

Here’s more on getting them to pay attention.

Maybe you’re not the best presenter so figure you’ll convince your audience with tons of evidence.

Bad move. Yes, being a polished speaker helps but research from Stanford shows polish isn’t memorable. Neither are statistics. What is?

Via Made to Stick: Why Some Ideas Survive and Others Die:

Furthermore, almost no correlation emerges between “speaking talent” and the ability to make ideas stick…The stars of stickiness are the students who made their case by telling stories, or by tapping into emotion, or by stressing a single point rather than ten.

Here’s more on how to be a great storyteller.

One of the worst presentation techniques is relying on PowerPoint like a crutch.

Numbers projected on the wall don’t convince, emotions do.

People need to connect with you, not the screen.

Via How PowerPoint Makes You Stupid: The Faulty Causality, Sloppy Logic, Decontextualized Data, and Seductive Showmanship That Have Taken Over Our Thinking:

“PowerPoint makes us stupid.” This is what Marine General James N. Mattis declared at a military conference (in a speech given without PowerPoint) in North Carolina in April 2010. The article in the New York Times reporting the remark revealed the pervasive role the software was playing in the American armed forces. It reached the point that the then head of American and NATO forces in Afghanistan, General Stanley A. McChrystal, accused PowerPoint of having become the U.S. Army’s principal enemy, nothing less.

5) Use Imagery When You Speak

A former US president’s inaugural address was rewritten to create low and high imagery versions, and audio recordings of the two speeches were made. Participants were randomly assigned to high or low speech imagery conditions. After listening to the speech, they provided ratings on various summary leadership measures. The high imagery speech resulted in higher ratings of charisma than the low imagery speech.

6) To Get Buy-In, Make Your Ideas Their Ideas

Don’t think you need to convince people by beating them down with facts or fighting their objections.

One of the most powerful presentation techniques is taking the attitude of inviting the audience in.

Let them make your ideas their own. This will get them emotionally invested and they’ll support you.

Dan Pink, author of To Sell is Human, explained it when I interviewed him:

Basically, these two scholars, they started studying Hollywood pitching. They did a very exhaustive study. Basically what they found, which you know, I’m sure, from your screenwriting days, is that pitching isn’t about convincing somebody, pitching is essentially about inviting them in.

That’s essentially their view. That changed my view on it a little bit. I think pitching is like, “Are you with me?” and actually that’s not the way to do it. The way to do it is, “Here’s the pitch. What’s your contribution?” When the other side contributes, it actually builds something, and it’s usually a little bit better, but also the other side is more invested in it and so forth. The idea of pitching is to begin an engagement with somebody, not to necessarily convince them right there.

Learn more in my interview with persuasion expert Robert Cialdini. 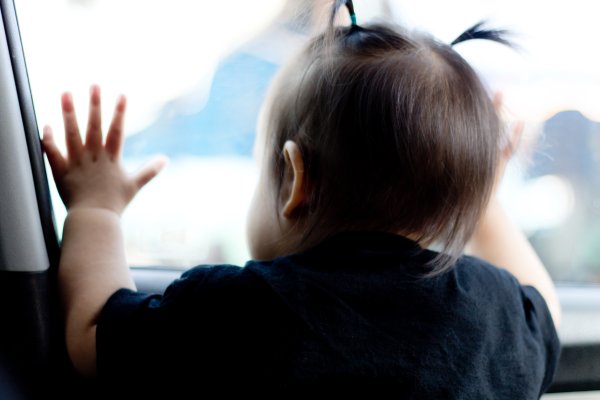 Yes, You Could Forget Your Kid in the Car (I Did)
Next Up: Editor's Pick