A Georgia father was charged with murder and child cruelty Thursday after leaving his 22-month-old son in a sweltering car for nearly seven hours, an outcome that surprised legal experts.

Police say Justin Ross Harris, 33, drove to work Wednesday with his son in the backseat after forgetting to drop him off at day care, according to media reports. As Harris drove home, he noticed his son unresponsive in the backseat. The death marked the second time this week a child has perished in the back of a car. On Monday, a 9-month-old girl died in her father’s pickup truck after being left there as her father went to work. He, too, had forgotten to drop his child off with a caregiver.

In the Florida case, as in many others similar to it, officials declined to file any charges. Initial reports suggested that police were considering negligence, not murder charges. But the murder charge in Georgia was rare in its severity in these cases, and it drew surprise from some who said that negligence, even when fatal, does not equal murder.

Jerry H. Summers, an attorney who has defended parents of children who died in similar incidents, said that pressure and public attention have encouraged prosecutors to pursue harsher charges.

“It’s a terrible tragedy. This man is being punished more in his own heart and mind than might be the situation when the case comes to court,” Summers said. “The thought of being the cause of death to your own child is like a life sentence.”

In an interview with Atlanta radio station WSB, Cobb County District Attorney Vic Reynolds suggested he might not pursue the murder charges as the situation evolves. “This investigation is far, far from over,” he said. “The charges now don’t necessarily mean that’s where it will end.”

Harris was expected to appear in court late Thursday night and hasn’t yet commented. His son is the 13th child in the U.S. this year to die of heatstroke in an overheated car, according to San Francisco State University lecturer Jan Null, who has published reports on the issue. Harris’ fatal mistake happened three weeks after the state launched a “Look Again” campaign to encourage parents to make sure they don’t accidentally leave any children before departing a vehicle. In Georgia, seven children have died after being stuck in overheated cars since 2010, according to the governor’s office.

“I ask that all Georgians join me in preventing future loss of life by being aware of your surroundings and never taking the chance of leaving a child in a car, even for just a minute,” Georgia Governor Nathan Deal said. “Lives can be saved if we take the time to look again.” 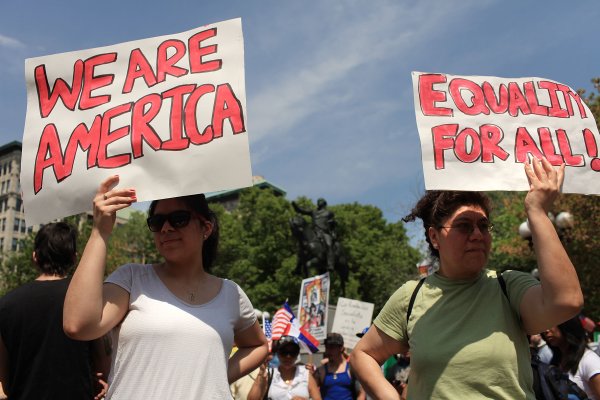 Latino Workforce is Now More than Half U.S.-Born
Next Up: Editor's Pick