Ed Sheeran: "Taylor Swift is a middle-aged woman trapped in a 24-year-old's body"

When Ed Sheeran talked to TIME for this week’s issue, the full conversation ranged from his go-to karaoke song (“Pony” by Ginuwine) and what will happen to his puppet alter ego for his “Sing” video (it will be used again, and then he’ll eventually keep it at home in a display box), to dealing with a break up (writing a song beats crying at home) and worrying that his album will leak (if it happened to Kanye, it could happen to anyone).

And, of course, the infamous Drake-lyric needlepoint.

The “started from the bottom” stitch sampler was created by none other than Taylor Swift, and was shown to the public in the Sheeran-centric MTV doc 9 Days and Nights of Ed Sheeran, which premiered June 10. It caused some Internet swooning among fans, but Sheeran tells TIME, there weren’t any other crafts exchanged: 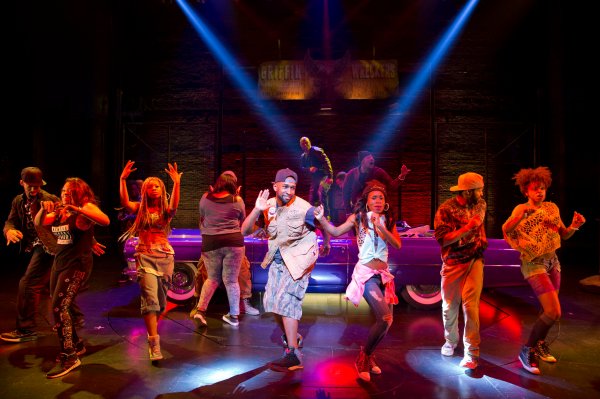 REVIEW: Holler If Ya Hear Me: Tupac Shakur on Broadway
Next Up: Editor's Pick