REVIEW: Holler If Ya Hear Me: Tupac Shakur on Broadway

The cast performs "Holler If Ya Hear Me," at the Palace Theatre in New York.
Joan Marcus—Boneau/Bryan-Brown/AP
By Richard Zoglin

The first thing people are likely to notice when they walk into the Palace Theatre on Broadway, where the new Tupac Shakur musical Holler If Ya Hear Me has just opened, is a lot of empty seats. Most of the orchestra section has been cleared out, and a new tier of stadium-style seating erected just above it, connecting with the mezzanine to make a smaller, more intimate theater space. But what about those unused seats? A refuge, I wondered, for the old-fogy theatergoers who might wander in by mistake and get driven out by the rough language, the rap music, the hard-edged ghetto ambience, the N-word?

Rap music and Broadway have had only passing encounters over the past two decades. Lin-Manuel Miranda’s Tony-winning In the Heights used rap music as a narrative device and a few off-Broadway shows — like the Shakespeare send-up The Bomb-itty of Errors and Matt Sax’s dystopian musical Venice — have used hip hop music effectively. But Holler If Ya Hear Me is the first Broadway show built around the music of a major rap artist.

It’s a project fraught with peril. Tupac was a controversial figure, who flaunted a thuggish lifestyle, wrote songs that celebrated violence and demeaned women, and was constantly in trouble with the law — he had a No. 1 Billboard hit while serving an eighth-month prison sentence for assault — before his death in a drive-by shooting in 1996. But he was a notoriously contradictory artist; belligerent and threatening at times, sentimental and empowering at others — pleading, in some of his late songs, for an end to the cycle of violence plaguing ghetto youths.

Add to this the challenge of making a rap show palatable for a mainstream Broadway audience. Holler If Ya Hear Me is a classic songbook show — a book musical filled with the previously recorded hits of a mega-selling pop artist — in which much of the audience won’t be familiar with the songbook. Meanwhile, those who know Tupac hits like “Dear Mama,” “Me Against the World” and “Unconditional Love” may be turned off by the very idea of an outlaw rapper’s work being co-opted by Broadway — where most of the gangstas are down the street in Bullets Over Broadway.

But the test, as always, is how the piece works onstage, and from my vantage point (down toward the front, a little too close to hear all of the over-miked rap lyrics clearly), Holler If You Here Me works pretty darn well. Writer Todd Kreidler, long associated with August Wilson, has constructed a generic but gritty-for-Broadway story, revolving around the murder of a neighborhood kid and the debate afterwards over whether and how his friends should take revenge. Two characters take center stage: a sullen ex-con (Saul Williams), just released from prison who is trying to start his life over, and the murder victim’s brother (Christopher Jackson), anguishing over how to make his brother’s death “mean something.”

Amid the array of characters — a boozy street preacher, a young hothead itching for a battle, the victim’s grieving mother (played by a radiant Tonya Pinkins) — the show works through issues of violence, peer pressure and economic hopelessness, toward an upbeat, anti-violence message that emphasizes the socially redeeming side of Tupac’s split personality. “We kill one, they kill us,” says the ex-con. “Two caskets now, we gotta make it four. Too many f—— caskets, too many f—— tears.”

Nearly 20 of Tupac’s songs (plus a couple of his poems set to music) are divvied up among the uniformly excellent cast. Director Kenny Leon (who helmed this season’s critically acclaimed revival of Raisin in the Sun) stages it with stripped-down vibrancy, on a mostly bare, black-and-white stage, enhanced by an occasional moving platform. Wayne Cilento’s choreography is a slick combination of slithery, break-dancing ingenuity and well-drilled, Broadway-chorus-line discipline.

One could imagine a better Tupac Shakur musical — one, say, that would tell the story of Tupac’s own fascinating, contradictory life. And some may quarrel with the feel-good message of a show based on the work of a musician who styled himself as an angry voice of the underclass. But Holler If Ya Here Me is a bold effort to open up Broadway to a new musical idiom, without diluting it or reducing it to a cartoon. The show hollers, and you simply have to listen. 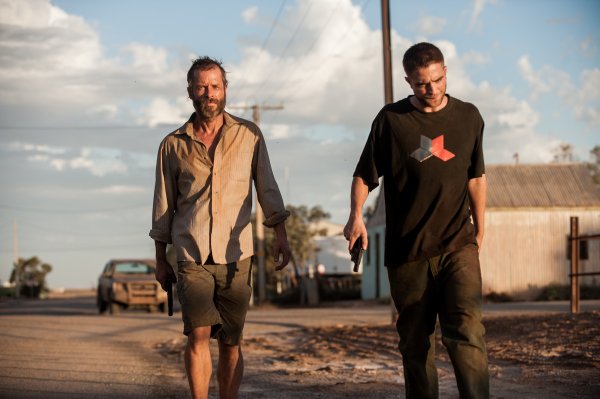 The Rover Finds the One Place in the World Where Nobody Will Follow Robert Pattinson
Next Up: Editor's Pick