McCarthy’s ascent was predictable and devoid of the Tea Party drama that marked Cantor’s downfall. In his first news conference as Majority Leader, McCarthy deflected a question about his ascension angering the conservative grassroots. “[The members] elected a guy who has only grown up in the grassroots,” McCarthy said, noting that his grandfather was a cattle rancher and his father a fire fighter. “They elected a guy who has spent his time going around recruiting around many of these individuals to get the majority.”

“I make one promise,” McCarthy added. “I will make every single day to make sure that this conference has the courage to lead with the wisdom to listen.”

His promotion marks a meteoric rise for the 49-year-old, who was only elected to the House in 2007.

Two-term Idaho Republican Rep. Raul Labrador challenged McCarthy, arguing he’d be a Tea Party advocate for change from inside the leadership, but Labrador isn’t universally liked within the conference. He was reportedly one of a dozen members who tried to oust House Speaker John Boehner early last year, angering moderate Republicans. McCarthy has also raised more than $1.4 million for candidates this cycle, while Labrador doesn’t even have the kind of political action committee members in leadership use to raise money and curry favor. By all accounts, the secret ballot was not close.

Few expect much will change in the House, at least in the short-term. Boehner remains the ultimate ruler of the lower chamber, and McCarthy moving up one position is unlikely to change the leadership much, especially given that, in an election year, not much legislating is usually done. The House is only in session another 48 days before Election Day in November. “I don’t think that the change in leadership will change [the House] that much at all,” said Rep. Steve Stivers, an Ohio Republican. “I think that the leadership has to be driven by the membership.”

The leadership elections also won’t likely make the Congress more productive. In his first press conference as whip, Scalise, the chairman of the conservative Republican Study Committee, attacked both the President and Democratically-controlled Senate. “The president doesn’t even want to engage; he wants to sit in the oval office with a pen acting like there’s no legislative branch,” said Scalise. “People want to see people in Washington working together to solve real problems. I think what this message sends is that the House is very united to address those and now let the Senate and the President follow suit.”

Scalise brings some fresh blood to leadership, replacing McCarthy as the No. 3 House Republican. Showing surprising strength, Scalise beat off challenges from Chief Deputy Whip Peter Roskam of Illinois and Tea Partier Marlin Stutzman of Texas in the first round. Many conservative members have long called for more representation in leadership, and Scalise entered the contest as the favorite. Scalise also is now the only southerner in leadership, scratching another contentious itch within the conference. “I feel good, we’ve worked hard and we’ve got a great team,” Scalise told TIME, leading a “a parade” of about 50 supporters into the room in the Longworth House Office Building where the conference was gathering.

Still, being whip doesn’t come with an enormous amount of power, especially in this conference, as McCarthy learned the hard way. Though he’s well-liked, he’s lost a lot of high-profile votes to Tea Party dissent. He’s not “The Hammer” Tom DeLay once was, twisting arms in ways that were controversial.

“The challenge for the leadership team, including Kevin, is that a number of the members have a hard time getting yes,” said Rep. Charlie Dent, a moderate Pennsylvania Republican. “So he’s actually pretty good at counting votes. But counting the votes and getting to 218 are two different matters.”

Nor does McCarthy have the policy chops that Boehner, who spent five years chairing the House Education and Workforce Committee, brought to leadership.

Majority Leader is a position that can often be more coach than anything else, a role that would fit McCarthy. He is seen as someone who can use his sunny personality to his benefit. “I think that gives most people confidence in his ability to do the job and do it well because he’s well-connected to members,” says Rep. Pat Tiberi, an Ohio Republican. “He knows what members are all about.” 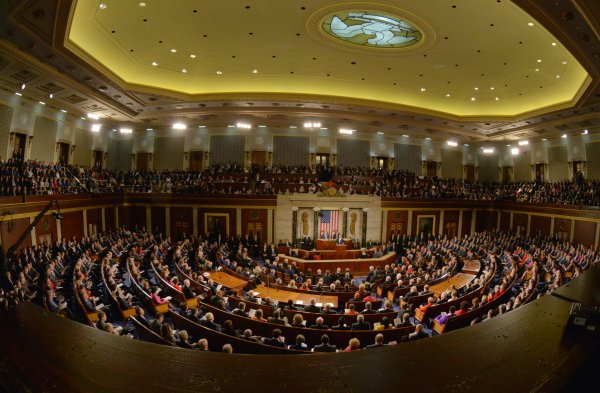 Yes, Congress' Approval Ratings Have Hit Yet Another Historic Low
Next Up: Editor's Pick