Wisconsin Gov. Scott Walker speaks at the Republican party of Wisconsin State Convention on May 3, 2014, in Milwaukee.
Jeffrey Phelps—AP
By Noah Rayman and Justin Worland

Prosecutors say Wisconsin Gov. Scott Walker is at the center of a “criminal scheme” to coordinate fundraising with conservative groups across the country, according to documents revealed on Thursday.

The documents were unsealed Thursday by order of a federal judge as part of a lawsuit that sought to block a secret state investigation, known as a “John Doe probe,” into the 2012 gubernatorial recall elections, which the incumbent Walker won. In the filing, the prosecutors say Walker, his chief of staff Keith Gilkes and another top adviser illegally coordinated with national conservative groups and national figures including GOP strategist Karl Rove. Rove’s assistant said he was traveling Thursday and couldn’t comment.

Walker, a potential Republican candidate in the 2016 presidential elections, has not been charged with a crime. In a statement, Walker decried the investigation as “partisan… with no basis in state law.”

“The accusation of any wrongdoing written in the complaint by the office of a partisan Democrat District Attorney by me or by my campaign is categorically false. In fact two judges, in both state and federal courts, have ruled that no laws were broken, ” he said.

The secretive investigation began in 2012 ahead of the gubernatorial recall election, when prosecutors began looking into whether independent conservative groups—which have no limit on their fundraising—illegally coordinated with campaigns for Walker and other state candidates, whose fundraising is much more regulated. But in May, a federal judge put the probe on hold, ruling that it was a breach of free-speech rights. That judge, U.S. District Judge Rudolph Randa, also said in his ruling that that the type of coordination in question is not illegal if it focuses just on advocacy, and not on getting the candidates elected. A separate Wisconsin judge overseeing the probe had previously made a similar judgment.

The prosecutors are appealing Randa’s decision to halt the investigation.

But the controversy has the potential to disrupt Walker’s political ambitions, both in 2016 and in the fall. Walker, who is in the final months of his first term as governor, faces a close race for reelection. Polls show Walker and Democrat Mary Burke, a former Wisconsin state commerce secretary, locked in a tight race.

Becher said that if Walker hopes to run in 2016, “voters of the state need to reelect him and he needs to have a good credible answer to what happened here.”

Write to Noah Rayman at noah.rayman@time.com and Justin Worland at justin.worland@time.com. 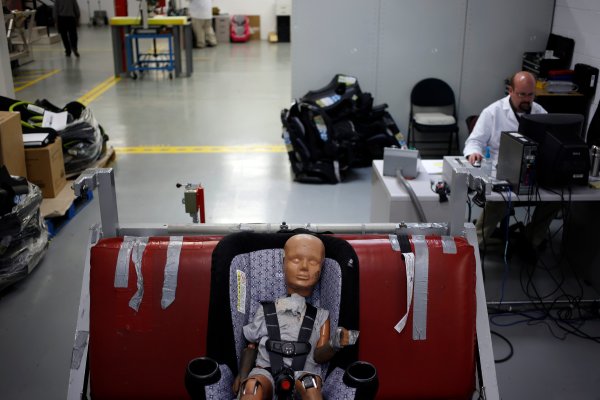 Georgia Toddler Dies in Hot Car
Next Up: Editor's Pick