The Lady Gaga-R. Kelly Music Video Is As Terrible As You Thought it Would Be

Imagine that you are a pop star who wrote a song called “Do What U Want” that prominently features the line “do what you want with my body.”

Now imagine that you invite a singer who has been the subject of several lawsuits alleging sexual assaults on minors to be the featured artist on the song.

Then imagine the song’s music video is directed by a photographer who has been accused of exploiting models and coercing them into sexual activity.

Then imagine that the concept of the video involves said featured artist playing the role of a doctor who does whatever he wants with your body while you are out cold on the operating table.

That’s the story behind the Terry Richardson-directed Lady Gaga video “Do What U Want,” which features R. Kelly. Though Gaga previously blamed video delays on people who “gravely mismanaged [her] time and health,” it’s easy to see why her team never let this video see the light of day — until TMZ posted a leaked clip Thursday — following last year’s Village Voice story about all the accusations Kelly has faced (and months before New York magazine published a cover story about Richardson).

You can see the not-really-safe-for-work clip above. 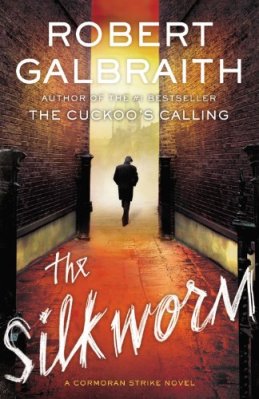 J.K. Rowling's New Book Is Available Now—Unless You're Shopping on Amazon
Next Up: Editor's Pick