A cat ran away and walked 12 miles back to its old home after its owners moved to a different neighborhood in Portland, Oregon, The Oregonian reports.

The new renters reportedly called and said they thought they found the two-year-old tabby named George, which showed up and kept wanting to be pet.

Last year, a tortoiseshell cat named Holly made headlines for trekking 200 miles back home to West Palm Beach, Florida, after running away from the family vacation at a R.V. rally in Daytona Beach. While scientists don’t know for sure how a cat could find its way home from a long distance, they say cats navigate in familiar areas via sight and smell. Patrick Bateson, a behavioral biologist at Cambridge University, told the New York Times, it’s possible that cats can sense “the smell of pine with wind coming from the north, so they move in a southerly direction.” 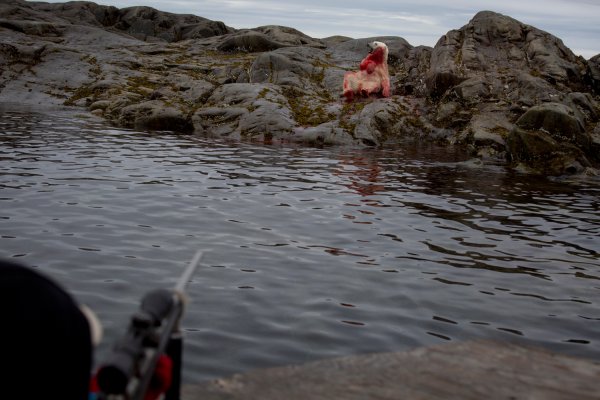 Twilight of the Hunter
Next Up: Editor's Pick