For Just $5,000, Match.com Will Find You a Date Who Looks Just Like Your Ex

If you think you can never move on from the love of your life — who recently informed you that the feeling is anything but mutual — signing up for an online dating service is probably the last thing on your mind. The parade of weirdos and just plain ugly people is enough to get you to swear off dating forever. All you want is your ex back, and nothing else will do.

So here’s a thought: what if you could date someone who looks just like your ex? That’s the idea behind a new “white-glove” dating service offered by Three Day Rule in conjunction with Match.com. For a mere $5000, you can send in photos of your ex, which Three Day Rule will use to help you find a more suitable suitor. Starting June 25, Match.com will send an email to targeted Match users inviting them to try the new approach. Initially emails will only go out to users in cities where Three Day Rule currently operates, including San Francisco, Los Angeles, New York and Chicago, but the offer will be extended as Three Day Rule expands to other cities.

“If you like one facial structure, you will probably like someone with a similar facial structure,” explains Three Day Rule founder Talia Goldstein, who notes that women are just as visually-oriented as men these days. Her high-end service doesn’t stop at scanning for lookalikes either: coaches will interview you in person and even go on pre-dates with potential matches to help weed out the bozos.

But here’s another thought: if the only way you can stomach online dating is by trying to find someone just like your ex, maybe what you really need is a time out instead. “Sometimes you need a little bit of time in between rather than jumping right back in,” says online dating coach Julie Spira. Once you do, consider dating against your type. “I’m always encouraging [daters] to jump out of their comfort zone,” says Spira. After all, changing things up may be what you really need to snap out of your dating funk. 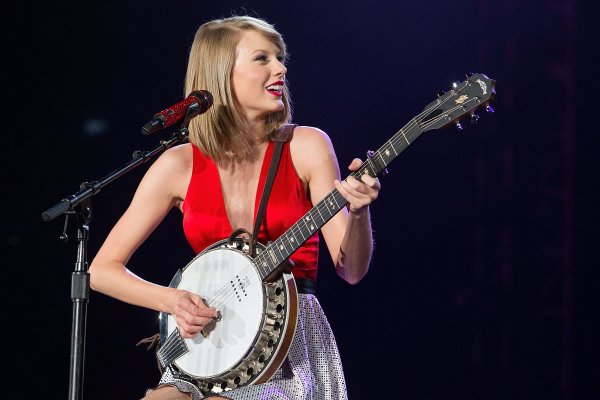 Taylor Swift and Barefoot Contessa Diss Men Who Go on Diets
Next Up: Editor's Pick