A thousand video clips from red-carpet interviews have brought us to this moment: “Who are you wearing?” sounds like a normal question. Translated from anatomically impossible shorthand, the query–typically from a journalist who is prepped with the answer, posed to a movie star coached to respond–means, What is the name of the famous designer whose label is stitched into the rarefied, camera-ready, impossibly expensive garment on loan to you? Whose product have you, upon consultation with your style team, agreed to model, benefiting not only the famous designer in question but your own brand?

These days, no translation is necessary. We instinctively understand the answers: Chanel. Dior. Armani. Valentino. We understand because we watch Project Runway. We gorge on fashion blogs. We have strong opinions about who wore it best. (Besides, Joan Rivers has never been shy about telling us who wore it worst.) And we are experts, in turn, because fashion is now entertainment.

No wonder movies about fashion continue to be chic. Consider the many recent documentaries that have prowled behind the scenes observing influential style arbiters, including a revered New York Times photographer in Bill Cunningham New York, legendary magazine editor Anna Wintour in The September Issue and a sui generis tastemaker in Diana Vreeland: The Eye Has to Travel. Thanks to Valentino: The Last Emperor, we are delighted to now know that the mono-monikered Italian designer likes to drape his pampered dogs in diamonds. Watching Ultrasuede: In Search of Halston, we are tickled to relive, from a safe distance, the naughty days of Studio 54.

So no explanation is necessary for the unspooling of not one but two dramatized, biographical French movies about another great 20th century designer. Yves Saint Laurent, which premiered in the U.K. this spring, opens in the U.S. on June 25; Saint Laurent, which premiered at Cannes in May, opens sometime next year in the U.S. Both depict the life of the Algerian-born French master, who died in 2008 at the age of 71, draped in glory despite having shuttered his business and retreated into illness in 2002. Both are dishy dramas served up in a piquant, drugs-and-sex-and-infidelity-and-depression version of what it takes to be a visionary.

“Like Chanel, Yves Saint Laurent has name recognition,” says fashion historian Valerie Steele, director of the Museum at the Fashion Institute of Technology, of the dueling YSL dramas. “And he has a more dramatic life story than most designers have–a life story that fits into the stereotype about the suffering genius.” (A similar fashion-zeitgeist traffic jam resulted in the 2009 biopics Coco Before Chanel and Coco Chanel & Igor Stravinsky.) Also, says Steele, “Saint Laurent was so good-looking!” That never hurts.

In fact, two admiring documentaries were released while the designer was still alive, followed by 2010’s L’Amour Fou, which focused on the 2009 Christie’s auction of the fabulous art collection amassed over half a century by Saint Laurent and his longtime business partner and onetime life partner Pierre Bergé, now 83. The fiercely protective Bergé may have once famously said that Saint Laurent “was born with a nervous breakdown,” but L’Amour Fou offered up the men’s shared devotion to visual beauty as a metaphor for their shared lives.

Yves Saint Laurent, a very 21st century biodrama, is held together by the intensity and extraordinary look-alike presence of young star Pierre Niney in the title role, in fine sync with Guillaume Gallienne as Bergé. The project appears to hide little of the sex-and-drugs-and-nervous-breakdown aspects of the subject’s life. Nor does it shrink from showing each man at his far from nicest. Of the two, this is the YSL movie made with Bergé’s cooperation; hence the spectacular garments on the runway are actual specimens from the designer’s archives. In contrast, Saint Laurent, starring Gaspard Ulliel in the title role and Jérémie Renier as Bergé, was made over Bergé’s objections. Such independence may have its benefits, but most American critics haven’t yet had a chance to assess them; the film showed in Cannes, where international coverage admired the story’s darker, druggier, more sexually explicit nature, but no U.S. screenings have been available.

Anyhow, Bergé approved of a lot of unbeautiful stuff in Yves Saint Laurent. The movie pivots incrementally from the agonizingly shy, talented man-child born Yves Henri Donat Mathieu-Saint-Laurent to YSL the ailing, reclusive, prematurely old man. It begins with the designer being promoted at the gosling age of 21 to run the venerable House of Dior after Christian Dior’s death. Then it’s on to his romance with Bergé and some lovely smooching down by the Seine. It coolly observes YSL’s first nervous breakdown (after he was drafted for military service). We’re introduced to enabling muses Betty Catroux and Loulou de la Falaise. We’re around to watch his destructive hedonism, bouts of fury and mounting reclusiveness.

Meanwhile, the professional competition between Saint Laurent and Karl Lagerfeld boils over into something darker when YSL falls for Lagerfeld’s lover, the seductive dandy about town Jacques de Bascher, who died of AIDS in 1989 at the age of 38. Steele puts it succinctly: “There’s much greater acceptance about gay love and sexuality. These are not films that could have been made 20 years ago–even if Saint Laurent had been deceased.”

On the eve of the U.S. premiere of Yves Saint Laurent, Bergé, reached by email, assured me that “the truth doesn’t really matter. There will always be inaccuracies in a movie made about someone who you spent 50 years of your life with. The filmmaker’s point of view is what really matters and it is what makes a good movie.” I did not ask Bergé who he was wearing. 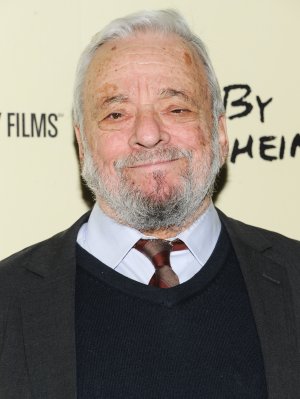 Disney Snips Into the Woods' Naughty Bits
Next Up: Editor's Pick