Iraq Breakup Made Easier by Turkey's Détente With Kurds

Kurdish Peshmerga fighters provide security at the last checkpoint outside of Mosul on June 14.
Sebastiano Tomada—Getty Images
By Karl Vick

In March 2003, U.S. troops parachuted into Iraq’s north and took up positions in the most fraught conflict then going in that part of the country: A looming battle between Turkey and the Kurds of northern Iraq. Turkey had 200,000 troops to its southeastern border, fearing not the armies of Saddam Hussein but the aspirations of an ethnic minority that openly pined for independence – and was angling to use the US invasion of Iraq as an excuse to declare it. Turkey feared an independent Kurdistan in Iraq would enflame the separatist passions among its own Kurdish minority, a situation so fraught that the Pentagon set up a special command specifically to deal with it. Its stated mission: “deconfliction.”

Eleven years later, Iraq’s Kurds have finally acted on their plan – sending forces to take the disputed, oil-rich city of Kirkuk, known as the “Kurdish Jerusalem,” and declaring the end of Iraq as the world now knows it. And what did Turkey do? Wish them well. “The Kurds of Iraq can decide for themselves the name and type of entity they are living in,” a spokesman for Turkey’s ruling Justice and Development Party told a Kurdish news outlet.

The transformation of Turkey from enemy to key ally of Iraqi Kurdistan is almost complete, removing a key obstacle to the dismemberment of Iraq as Sunni Muslim extremists gain territory in a nation ruled by a sectarian Shiite Muslim government.

No longer does Turkish nationalism serve to hold Iraq’s borders in place with pressure from the north. Instead, a country founded in 1924 as perhaps the world’s fiercest assertion of the nation-state – “Devlet,” which means “state,” is a first name in Turkey –- has aligned itself with a separatist movement dressed in the clothes of a sovereign nation. The Kurdistan Regional Government, formed after the U.S. invasion, has its own flag, prime minister, military, oil wells, border checkpoints and foreign minister.

“It’s a fact that the autonomous Kurdish region of Iraq is the best ally of Turkey in the Middle East,” says Dogu Ergil, a political science professor at Istanbul’s Fatih University who specializes in what Turks call “the Kurdish question.” “Once it was a formidable potential enemy, because Turkey feared a basically independent Iraqi Kurdistan would be an attraction center for the Kurds of Turkey. But it proved that it’s not so, and Iraqi Kurds could be the best economic partners of Turkey.”

Trade between Turkey and Iraq’s Kurdish region stands at more than $8 billion a year, twice the business Turkey does with the entire rest of Iraq. And the figure will rise as the Kurds pump oil across Turkey via a pipeline to a Mediterranean port, a physical tether between the newfound allies built despite Baghdad’s strenuous objections. “But as we see, “ Ergil notes, “Baghdad is a paper tiger.”

The relationship works both ways, says Soner Cagaptay, a Turkey specialist at the Washington Institute for Near East Policy. “The Kurds are also pivoting to Turkey. In Iraq they made a decision around 2007 that they would rather have Turkey as a long term protector than the Arabs.”

That decision transformed a longtime threat into a protector, but Turkey’s security situation was also improved by the deal. Kurds are an ethnic group that Woodrow Wilson once promised a nation of their own, but ended up divided instead among others — Turkey, Iraq, Syria and Iran. Once seen as a threat to the sovereignty of each (but especially Turkey, which has the most Kurds), they now are acting as a buffer. Because their turf abuts the Turkish border in both Syria and Iraq, the Kurdish region provides a barrier of sorts, insulating Turkey from the worst effects of the fighting, including flows of refugees. The checkpoints where hundreds of thousands of Iraqis fleeing Mosul, which was overrun by the extremist Islamic State of Iraq and Syria on June 10, stood at the entrance to Iraqi Kurdistan, not Turkey.

“If not for the Kurds, Turkey would neighbor ISIS,” says Cagaptay. “I think this has added a political element to the Turkish-Kurdish rapprochement.”

The improved relationship extends to electoral politics. Turkish prime minister Recep Tayyip Erdogan last year announced a peace deal with the Kurdistan Worker’s Party, or PKK, Turkish Kurds who had fought a separatist war for decades. According to leaked documents, as part of the bargain Turkey’s largest Kurdish political party agreed to back Erdogan’s bid for a more powerful presidency, cementing his hegemony in a reworked constitution.

“But the new approach to Iraqi Kurdistan has reached beyond Erdogan to Turkish elites,” notes Cagaptay. “You see it in the thinking of diplomats at the foreign ministry, in the spy chief.” Whatever challenges lay ahead for Kurds gaining acceptance in Turkish society–and those challenges are substantial—the transformation of Ankara’s foreign policy could alter the the entire Middle East.

“What is really shifting right now is Kurdish reality on the ground in Iraq and Syria,” Cagaptay says. “They’re using the civil war as an opportunity window to have Turkey recognize their de-facto independence.” 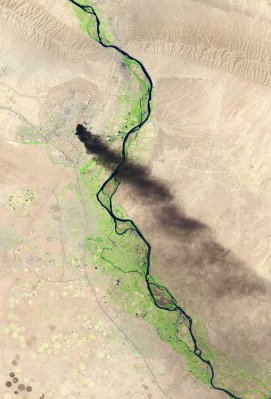