American Apparel owner Dov Charney speaks during a May Day rally march for immigrant rights in downtown Los Angeles on May 1, 2009
Mario Anzuoni—Reuters
By Nash Jenkins

American Apparel’s board of directors voted on Wednesday to strip chief executive officer, president and chairman Dov Charney of all three titles, citing an “ongoing investigation into [Charney’s] alleged misconduct.”

Charney will step down immediately and serve a contractual 30-day suspension, at which point his termination will be effective, Business Wire reported on Wednesday night.

“We take no joy in this, but the board felt it was the right thing to do,” said Allan Mayer, a director of the company, who will succeed Charney as as co-chairman of the board. “Dov Charney created American Apparel, but the company has grown much larger than any one individual, and we are confident that its greatest days are still ahead.”

Shares of the company–which has not reported profits in 16 out of the last 17 quarters–surged as high as 20 percent on Thursday morning. Many analysts noted that investors were heartened by the change in management.

“We believe investors will generally view this news positively, given perceived prior mismanagement and the potential for reduced future headline risk,” Roth Capital Partners told its clients, according to Reuters.

Charney founded the company in 1989 and took it public in 2006, but his leadership has been fraught with controversy. Several sexual-harassment lawsuits against him remain pending.

Director David Danziger will join Mayer as the company’s co-chairman. Executive vice president and chief financial officer John Luttrell will serve as interim CEO until the board decides on a replacement. 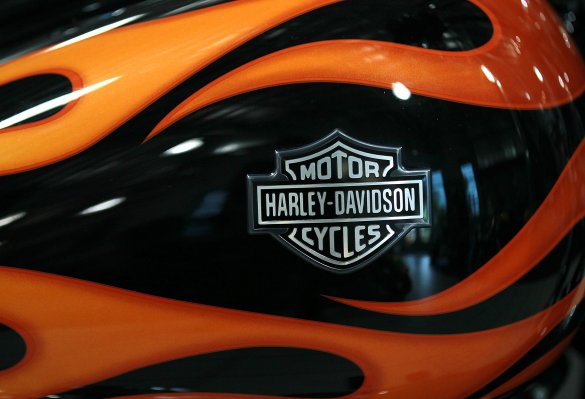 Harley-Davidson Teases What Looks Like an Electric Motorcycle
Next Up: Editor's Pick