Former congresswoman Gabrielle Giffords threw out the first pitch at a Congressional Women’s softball game on Wednesday. The annual match, which pits Republican and Democratic Congresswomen against women in the Washington, D.C. Press Corps, is an effort to raise money for young women battling breast cancer.

Giffords said Wednesday she was “honored” to return to the field to toss out the first pitch, having been a member of the first-ever Congressional Women’s Softball game. Giffords retired from Congress and in effect, the team, after been injured in a shooting in Tucson in 2011.

“Every year, this game is a shining example of how women leaders in Congress – Republicans and Democrats – can come together to take on the women of the Washington Press Corps and, most importantly, raise funds and awareness for young women with breast cancer,” Giffords said, MSNBC reported.

After tossing out the pitch, Giffords took to Twitter to taunt rapper 50 cent, whose awful pitch at a Mets game went viral in May. Baller. 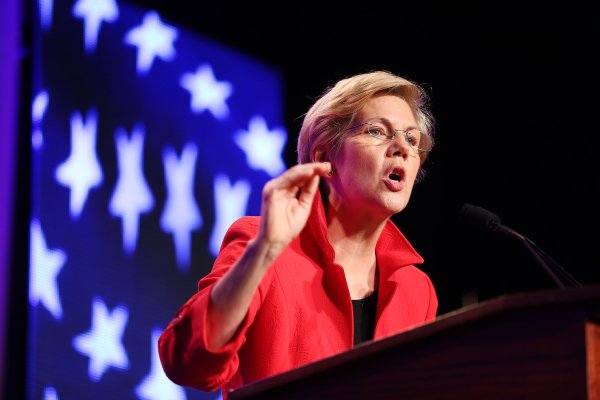 It'll Be Over 100 Years Before Congress is Half Women, Study Finds
Next Up: Editor's Pick