Jack White is on a roll.

Not only do those numbers put the vinyl edition easily at No. 1 on Billboard’s vinyl-album charts, but they also mark the biggest week for a vinyl album since 1991, when SoundScan began tracking music sales. Lazaretto even beat Pearl Jam’s Vitalogy, which sold 34,000 copies on LP when it came out in 1994.

White is a vinyl lover himself, and this edition of his new album has a lot of special features. While most of the record plays the standard 33⅓ r.p.m., it has two bonus tracks cut into the center labels that each play at a different speed: one at 45 r.p.m. and the other at 78 r.p.m. Side A of the record plays from the inside out, and there’s even a hologram etched into the disc.

The sales from the rocker’s vinyl LP were so great that it alone would have come in at No. 4 on the Billboard 200 this week. Vinyl sales accounted for 28.9% of the album’s first week, only slightly less than the number of CDs sold (41,000 and 30% of the sales).

Earlier this year, White set the world record for fastest-released recording when he had records produced immediately after a performance in Nashville. The success of Lazaretto follows his earlier solo album, Blunderbuss, which also debuted at No. 1. 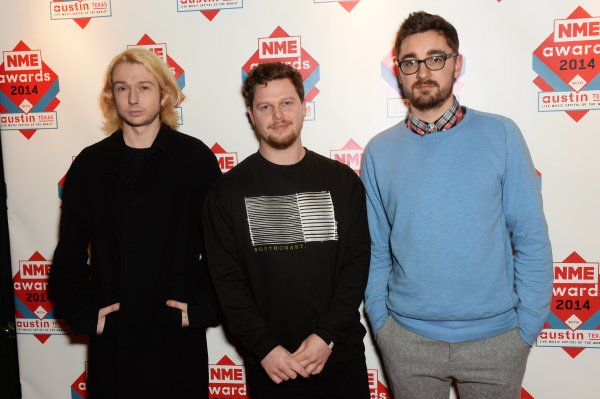 Alt-J Releases New Single: 'Hunger of the Pine'
Next Up: Editor's Pick