Let’s review the numbers: Sony’s PlayStation 4 was available in 53 countries in December, and it’s added four since, most notably Japan in late February, bringing its worldwide tally to 57. Microsoft’s Xbox One, by contrast, is in just 13, and that’s where the platform remains today.

The PS4 is thus outselling the Xbox One by leaps and bounds on the world stage. Is that a revelation? It shouldn’t be. Stories of PS4 supply constraints notwithstanding, if competing products aren’t being sold in the same countries at more or less the same time, sales comparisons are going to be off (and in this instance, with so much market disparity between the two, way off).

Joystiq notes that eight of the above — Belgium, Denmark, Finland, the Netherlands, Norway, Russia, Sweden and Switzerland — were supposed to make the original November 2013 launch. Microsoft scrapped those plans at the eleventh hour, so while tales are rampant of Sony’s PS4 sales not representing demand because of production issues, it’s actually Microsoft that seems to be having the more egregious manufacturing troubles. I can’t imagine the company wants to be in roughly a quarter of the number of markets Sony is today. Bear that in mind (and I’ll keep making note of it) as we do these sales comparisons rolling forward. 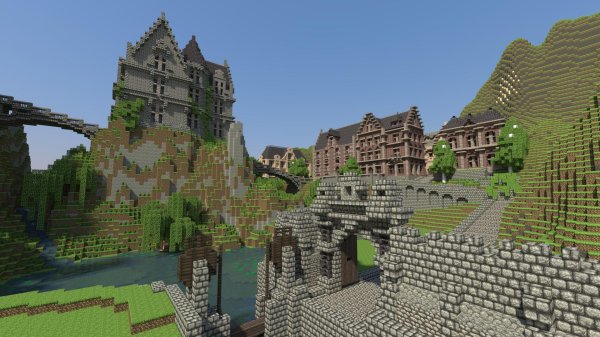 Minecraft Is Still Generating Insane Amounts of Cash for Developer Mojang
Next Up: Editor's Pick