Republicans Seize an Opportunity to Knock Obama on Foreign Policy

“Our president doesn’t seem [care about Iraq].” the two wrote. “Iraq is at risk of falling to a radical Islamic terror group and Mr. Obama is talking climate change. Terrorists take control of more territory and resources than ever before in history, and he goes golfing. He seems blithely unaware, or indifferent to the fact, that a resurgent al Qaeda presents a clear and present danger to the United States of America.”

Take out Barack Obama and put in John Kerry, and you have the Bush-Cheney 2004 playbook: Scare the bejesus out of voters that the other guy’s too weak to fight a war or run a country.

The Cheneys’ op-ed and the group they are starting attached to it, The Alliance for a Stronger America, is ostensibly aimed at “reversing the dangerous policies of the Obama Administration,” according to its website. But it’s also about politics, elections and survival. They’re seizing on Obama’s foreign policy weakness ahead of the 2014 midterm elections, though they lack a foil for Obama since he’s not actually on the ballot and members of Congress can’t constitutionally do much on foreign policy.

Their next target is Hillary Clinton, who has literally written a whole book about how her foreign policy differs from Obama. She’s always been more hawkish than her erstwhile boss, making her slightly harder to hit.

But their real 2016 target is actually own of their own: Kentucky Sen. Rand Paul. A self described “non-interventionist,” Paul hails from the anti-neoconservative wing of the Republican Party. So, the idea of him winning the White House—and he leads in a bunch of polls these days—is almost worse than Clinton winning: Siberia is coldest for those in your own party with whom you don’t agree. And Paul definitely doesn’t agree with most of what the Cheneys stand for. Liz Cheney called the party’s noninterventionist turn “dangerous” in a Q & A with TIME last year.

“I think that yes, it is dangerous,” she said. “I think isolationism is a mistake, no matter what party you see it in. We have to remember that there are two threats to our freedom: There’s a threat that comes from the federal government, from the Obama Administration policies… but there’s also a huge and significant threat from al-Qaeda. The war on terror is still underway. Al-Qaeda is stronger today than it’s been in many years. We have to be able to protect our freedom from both of those threats.”

After all, when you’re starting a political advocacy group, you make money off of opposition. Opposition to Obama won’t do much, he’s a lame duck President. Opposition to Clinton will probably be lucrative. But opposition to Paul is a sheer fight for survival: If the Cheneys lose the foreign policy debate, they lose GOP donors. 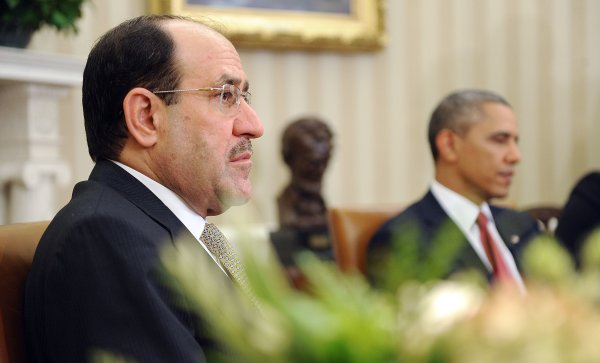 The Iraq Blame Game
Next Up: Editor's Pick