Amazon announced its first smartphone today, a bold move into a segment currently dominated by Apple and Samsung. At an event in Seattle, CEO Jeff Bezos unveiled the Fire Phone, a smartphone with a 4.7-in. 3-D display, a 2.2-GHz quadcore processor, a 13-megapixel rear-facing camera and 2 GB of RAM.

The device, which has a heavy focus on multimedia, will offer unlimited photo storage and a dedicated button to launch the camera app. It will be sold exclusively on AT&T’s network at a price of $199 for a 32-GB version with a two-year contract or $299 for a 64-GB version. Amazon is also throwing in a free year of Amazon Prime, its customer-loyalty program (existing Prime members will get a bonus year tacked onto their current subscription).

The device is currently available for preorder on Amazon’s website and will begin shipping on July 25.

The new phone is designed to be tightly integrated with Amazon’s myriad services. The company’s Instant Video service will be preinstalled on the device, as will Amazon’s newly launched music-streaming service. The phone will also come with a new program called Firefly, which allows people to scan objects, songs and TV shows (sort of like an all-purpose Shazam app) so that Amazon can identify them and offer a way to purchase them from its store. In total Firefly can recognize 100 million items, Bezos said. “Fire Phone puts everything you love about Amazon in the palm of your hand,” he said in a press release.

The phone’s 3-D capabilities are its most unique feature. Through a technology dubbed Dynamic Perspective, the Fire Phone uses four cameras placed on its front face to track a person’s head movements at all times. This allows the phone to offer a real-time 3-D-like display that presents more depth to images than a typical smartphone screen. During the event, Bezos demonstrated the phone’s map app, which showed looming skyscrapers leaping off the screen, as well as an app that allowed the user to sort through dresses as if they were in an actual 3-D space. The phone’s motion sensors allow users to scroll within certain apps by tilting the device rather than touching the screen.

Like the Kindle, the Fire Phone will run on a modified version of Android and support some apps native to Google’s operating system. Popular apps such as Instagram, Facebook, Netflix, ESPN and HBO Go should be available for the device when it launches. Amazon has also released development tools to allow companies to make apps that make use of Dynamic Perspective and Firefly.

The device demonstrates Amazon’s growing interest in creating hardware. In addition to its popular line of Kindle e-readers and tablets, the company released its first set-top box, the Amazon Fire TV, earlier this year. The company has always been reticent to disclose just how successful its hardware ventures are — Bezos said today that there are “tens of millions” of Kindle owners, and there’s no real data on Fire TV sales — but smartphone sales dwarf those other segments. More than a billion smartphones were shipped globally in 2013, with Samsung and Apple controlling nearly half the market between them.

Amazon will face an uphill battle taking on those two giants, but the company has a history of eschewing profits to smother competitors in other markets. They may be embarking on a similar strategy today — the 32-GB version of the Fire Phone, for instance, will sell for $100 less than a similar model of the iPhone 5S. 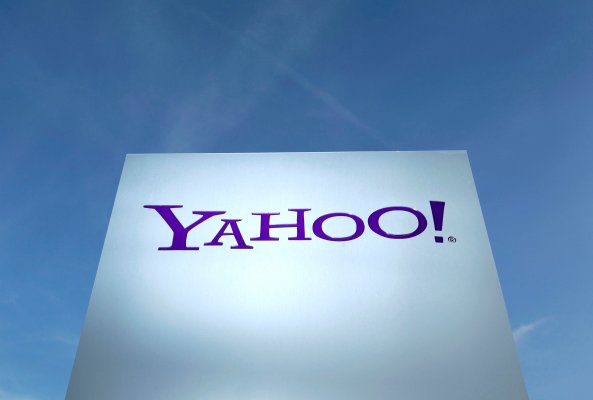 Yahoo Is More Diverse Than Google, but Not by Much
Next Up: Editor's Pick