Preschoolers' Innate Knowledge Means They Can Probably Do Algebra

Give a three-year old a smartphone and she’ll likely figure out how to turn it on and operate a few simple functions. But confront her with an algebra problem and ask her to solve for x? Not likely.

For decades, child developmental psychologist Jean Piaget convinced us that young, undeveloped minds couldn’t handle complex concepts because they simply weren’t experienced or mature enough yet. Piaget, in fact, believed that toddlers could not understand cause and effect, that they couldn’t think logically, and that they also couldn’t handle abstract ideas.

That’s because, he argued, children learn to develop these higher skills through trial and error. But child development specialists are finding out that preschoolers without any formal education may have the capacity to understand more complex concepts than we give them credit for, such as complicated rules for operating a toy or even solving for an unknown in algebra. Some of this is due to their ability to be more open and flexible about their world than adults. But beyond that, toddlers may have the innate ability to understand abstract concepts like quantities and causality, and that’s fueling an exciting stream of experiments that reveal just how sophisticated preschoolers’ brains might be.

MORE: The Brain: What Do Babies Know?

Alison Gopnik, professor of psychology at University of California Berkeley and her team devised a way to test how well young kids understand the abstract concept of multiple causality — the idea that there may be more than one cause for a single effect. They pitted 32 preschoolers around 4 years old against 143 undergrads. The study centered around a toy that could be turned on by placing a single blue-colored block on the toy’s tray, but could also be activated if two blocks of different colors – orange and purple – were placed on the tray. Both the kids and the undergraduates were shown how the toy worked and then asked which blocks activated the toy.

The preschoolers were adept at figuring out that the blue blocks turned on the toy, as did the purple and orange ones, but that the purple and orange ones needed to be paired together. The Berkeley undergraduates, however, had a harder time accepting the scenario. Their previous experience in the world, which tends to work in a single-cause-equals-single-effect way, hampered their ability to accept the unusual rules that activated they toy; they wanted to believe that it was activated either by a single color or by a combination of colors, but not both. “The training didn’t seem to give them a hint that the world might work in different ways,” says Gopnik, who published her work in the journal Cognition.

The preschoolers’ lack of bias about causality likely contributed to their ability to learn the multiple ways to activate the toy, but the results also suggest that preschoolers really can think logically and in more complicated ways. Just because they can’t express themselves or aren’t as adept at demonstrating such knowledge, doesn’t mean they don’t have it.

Researchers from Johns Hopkins University, for example, found a similar effect among preschoolers when it came to math. Previous studies showed that if you present infants with eight objects over and over until they got bored, and then showed them 16, they suddenly regained interest and sensed that things changed. Even before they are taught about numbers or amounts, then, infants seem to have a grasp on quantity. “All the evidence so far leads us to believe that this is something that babies come into the world with,” says Melissa Kibbe, co-author of that study.

MORE: High Anxiety: How Worrying About Math Hurts Your Brain

She and her colleague Lisa Feigenson wondered if that innate sense of quantity might translate into an understanding of numbers and higher math functions, including solving for unknowns — one of the foundations of algebra — which often isn’t taught until seventh or eighth grades. So they conducted a series of experiments using a cup with a fixed amount of objects that substituted for x in the equation 5 + x = 17.

To divert the four- and six-year olds’ attention away from Arabic numerals to quantities instead, the researchers used a puppet and a “magic” cup that contained 12 buttons. In one of the experiments, the children saw five buttons on the table. After watching the researchers add the 12 buttons from the cup, they were told there were 17 buttons on the table. In another test, the youngsters saw three piles of objects — buttons, coins or small toys — in varying amounts, and observed the researchers adding the fixed number of contents of the puppet’s cup to each.

After training the kids on how the cup worked, the researchers tried to confuse them with another cup containing fewer (such as four) or more (such as 24) objects. However, the kids understood intuitively that the decoy cup contained the wrong amount of items and that a specific amount — x, the “magic” cup amount — had to be added to reach the sum.

When the children were presented with the straight algebraic equation on a card, 5 + _ = 17, and asked to fill in the blank, their answers were no better than chance; that’s because they were simply guessing. In the puppet and cup scenarios, however, which did not involve numerals, they were able to accurately identify the correct amount, increasing their accuracy dramatically, to between 59% to 79%.

That suggested that the preschoolers had some concept of quantity, and the appropriate amount that they needed to get from a small quantity (five) to a larger one (17). What surprised Kibbe was not just that preschoolers understood the concept of adding “more,” but that they could also calibrate how much more was needed to fill in the unknown quantity.

“These kids had very little formal schooling so far, but what we are finding is that when we tap into their gut sense, something we call the Approximate Number Sense (ANS), kids are able to do much more complex calculations than if we gave them numbers and letters,” says Kibbe of her results, which were reported in the journal Developmental Science. And there doesn’t seem to be any gender differences in this innate ability, at least not among the girls and boys Kibbe studied.

There’s also precedent for such innate pre-learning in reading, says Jon Star, at the Harvard University Graduate School of Education. To improve reading skills, some teachers have tapped into children’s memorization skills to make the connection between words and meaning more efficient.

Kibbe’s and Gopnik’s recent work may have broader implications for education, since current math curricula in schools, which focuses on teaching Arabic numerals and on solving equations, may not be ideal for nurturing the number sense that kids are born with. “There’s an exciting movement in psychology over the past decade, as we learn that students bring certain capabilities, or innate knowledge that we hadn’t thought they had before,” says Star.

Though it may be too early to translate such findings to the classroom, the results lay the groundwork for studying similar innate skills and how they might be better understood. ANS, for example, is one of many so-called cognitive primitives, or constructs that young children may have that could enhance their learning but that current curricula aren’t exploiting. Developmental experts are still trying to figure out how malleable these constructs are, and how much of an impact they can have on future learning. For instance, do kids who hone their ANS skills become better at algebra and calculus in high school? “We still need to figure out which constructs matter most, and which are most amenable to interventions to help children improve their learning,” says Star.

MORE: How To Make Your Kids Smarter: 10 Steps Backed By Science

“The hard part is, educationally, how do you build up and upon this intuitive knowledge in a way that allows a child to capture the complexity but not hold them back,” says Tina Grotzer, associate professor of education at Harvard. Tapping into a child’s still developing sense of numbers and quantities is one thing, but overloading it with too many new constructs about algebra, unknowns, and problem solving may just gum up the working memory and end up adversely affecting his learning and academic performance. “As soon as concepts get big and complex, there are all sorts of perceptual, attentional, and cognitive costs and challenges involved,” she says.

Still, that doesn’t mean that these innate skills shouldn’t be explored and possibly exploited in the classroom. Preschoolers may be smarter than we think, but we still have to figure out how to give them the right opportunities in the classroom so they know what to do with that knowledge. 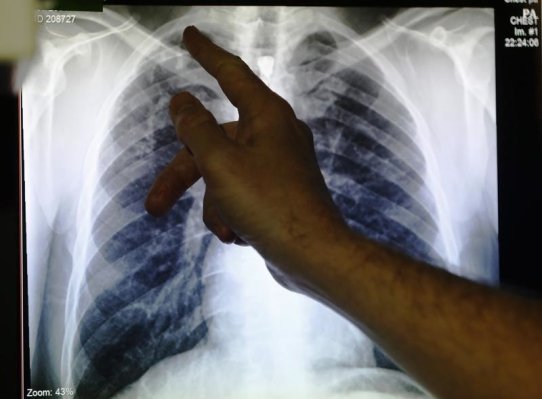 China Halves Its Tuberculosis Cases, Giving Other Countries Hope
Next Up: Editor's Pick