Sure, you may have seen soccer stars like Brazil’s Neymar and England’s Daniel Sturridge rocking Beats Electronics’ big, flashy headphones in the company’s popular soccer ad, but don’t expect to see those cans anywhere near the actual pitch during the World Cup matches. Beats headphones are banned from all official World Cup events during the games because Sony, which has its own line of premium headphones, is an official licensing deal with FIFA, Reuters reports.

That niggling detail hasn’t stopped the sport’s greatest athletes from rocking Beats during their leisure time. Neymar was wearing a pair when he stepped off the team bus at the Castelao stadium, and Uruguay’s Luis Suarez wore them at practice one day, according to Reuters.

Savvy marketers have long been able to usurp official sponsors at the World Cup. That viral Beats ad, dubbed “The Game Before the Game,” never mentions the World Cup by name. And sportswear giant Nike has had a sprawling soccer marketing campaign all year, even though Adidas is the offiical sponsor of FIFA and the World Cup. In an age where marketing effectiveness is often measured by authenticity—what ad a consumer voluntarily chooses to share on Facebook, or which headphones an athlete wears when the cameras are off—sponsorships are starting to mean a whole lot less than they did in the past. 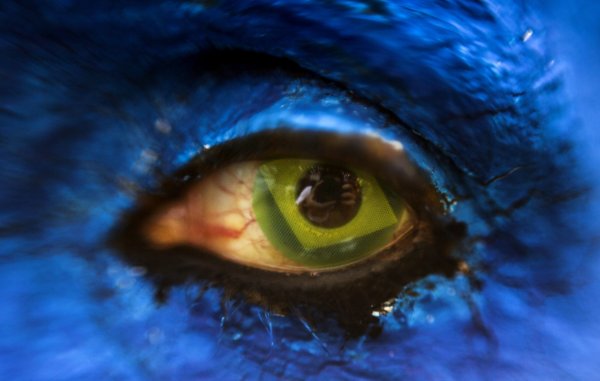 World Cup Stirs Up National Pride Across the World
Next Up: Editor's Pick