WikiLeaks founder Julian Assange speaks to the media inside the Ecuadorean embassy in London on June 14, 2013.
Anthony Devlin—AFP/Getty Images
By Denver Nicks

WikiLeaks offered little detail on its forthcoming release except to say it contains information pertaining to around 50 countries, including Canada.

In a conference call with journalists from the Ecuadorean embassy in London on Wednesday, Assange — who remains publisher of the secret-spilling group — offered no indication that he intends to travel to Sweden to submit himself for questioning by prosecutors over allegations of sexual misconduct made roughly four years ago.

Prosecutors have declined offers to meet with Assange at the Ecuadorean embassy in the U.K., his attorney said Wednesday. According to WikiLeaks, “new information” pertaining to the Swedish investigation will be revealed next Tuesday, though the group would not offer further details.

Assange has not been guaranteed safe passage to Ecuador, which has granted him asylum amid a presumed U.S. Department of Justice investigation into WikiLeaks, and has spent two years confined to Ecuador’s British embassy.

Assange’s supporters say the U.K. has spent about $10 million just on policing the embassy in order to apprehend Assange should he leave its confines. He admitted to journalists this week that he had managed to watch the World Cup from his embassy home.

“The reception in this building is quite difficult, but perhaps it makes it a bit harder for the bugs to transmit through the walls as well,” he said, apparently referring to surveillance devices. Assange said his sporting loyalties now lie with his hosts, unsurprisingly. “Of course, Ecuador undoubtedly deserves to win the World Cup and has a pretty decent team,” he said. “But I think there’s such prestige riding on the issue for Brazil that they are the most likely victors.”

In his comments Wednesday, Assange called on U.S. Attorney General Eric Holder to drop any investigation into WikiLeaks or resign. He also said he believes Edward Snowden’s asylum in Russia will be renewed should the NSA leaker reapply. 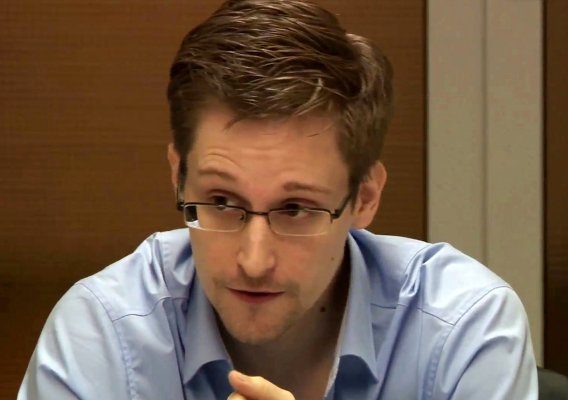