Cheney on Obama's Foreign Policy: 'Rarely Has a U.S. President Been So Wrong About So Much'

Dick Cheney took off the gloves and let his dukes fly in an all-out assault on President Obama’s foreign policy decisions in the Middle East, in a scorching column published in the Wall Street Journal on Tuesday.

In the op-ed, penned with his pundit daughter Liz, former Vice President Cheney places the precipitous collapse of the Iraqi state, and the renewed civil war in the country, squarely on the shoulders of the Obama Administration.

“Rarely has a U.S. President been so wrong about so much at the expense of so many,” writes Cheney. “Too many times to count, Mr. Obama has told us he is ‘ending’ the wars in Iraq and Afghanistan — as though wishing made it so.”

Cheney cites Obama’s decision to withdraw all military forces from Iraq as one of the principal reasons why the country is again enmeshed in conflict.

“Mr. Obama had only to negotiate an agreement to leave behind some residual American forces, training and intelligence capabilities to help secure the peace,” writes Cheney. “Instead, he abandoned Iraq and we are watching American defeat snatched from the jaws of victory.”

The column comes a week after the seizure of a string of cities across northern Iraq by former al-Qaeda affiliate the Islamic State of Iraq and Syria. Sunni militias are reportedly inching closer to Baghdad in what analysts predict will lead to massive bloodshed.

Cheney is largely credited during his tenure in office with being one of the chief architects of the 2003 Iraq invasion, which in turn unleashed a crippling civil war in the country. A mammoth counterinsurgency effort by the U.S. in 2007 succeeded in securing cease-fires with Sunni and Shi‘ite militias and for a time appeared to have wiped out al-Qaeda-affiliated forces in Iraq. However, those gains were reversed when the U.S. withdrew its military forces from the country in 2011. 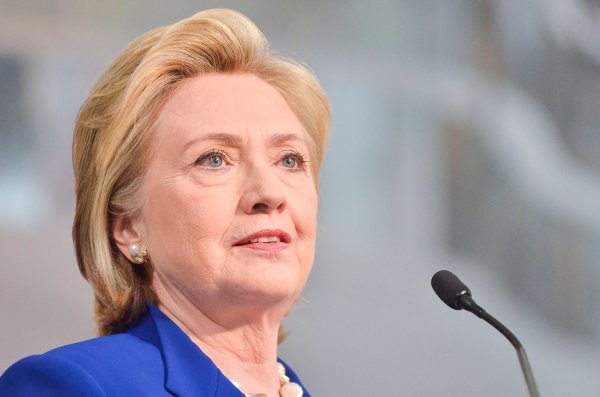 Hillary Calls for Maliki to Step Aside
Next Up: Editor's Pick