Former Secretary of State Hillary Clinton called for Iraqi Prime Minister Nouri al-Maliki to step aside from his country as it gallops furiously toward civil war.

In recent days, Sunni extremist fighters from the Islamic State of Iraq and Syria moved within 50 miles of Baghdad, an alarming escalation that, the former Secretary of State told Fox News on Tuesday, the Iraqi politician had only exacerbated. Clinton said al-Maliki showed weak leadership by exhibiting a preference for Iraqi Shi‘ites and purging senior military leaders of the rival religious sect group.

Clinton added that she is “not in favor of any formal relationships or agreements with Iran at this time.”

In a separate appearance at a CNN town hall Tuesday, Clinton aimed more harsh words at al-Maliki, saying that in retrospect the Prime Minister should not have rejected an extended “status-of-forces agreement” with the U.S., which would have kept American troops in the country beyond 2011.

“I think it’s imperative that the government of Iraq, currently led by Maliki, be much more inclusive, much more willing to share power, involve all the different segments of Iraq,” she said on CNN. “And I believe strongly that, if Maliki is not the kind of leader who can do that, then the Iraqi people need to think seriously about the kind of leader they need to try to unite Iraqis against what is a terrible, imminent threat from these most extreme terrorists.” 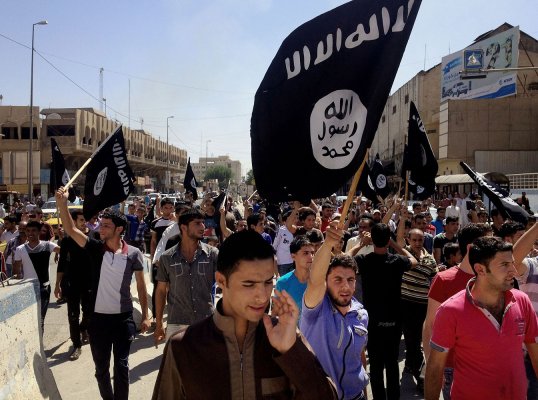