I first got to know Tony Gwynn when we were National League teammates in All-Star Games in the 1980s, and we got to spending more time with each other over the years. When San Diego was in town to play St. Louis, or vice versa, we’d have nice, long conversations, and our friendship grew even closer when we’d see each other at the Hall of Fame induction ceremonies. He was just a guy who loved being around people. His laugh was infectious.

Tony was one of the first hitters to get into the video stuff, but the video alone isn’t what’s going to help you: You have to know what to look for. And Tony studied not only the mechanics of the opposing pitchers, but also their patterns: when they were going to throw breaking balls, when they were going to fastballs. At the end of the day, the video probably didn’t matter all that much, given how well Tony saw the ball. Guys like who hit like Tony see the ball coming right out of the pitcher’s hands.

We’d have scouring reports for Tony, but you could throw them away. I’d move to the right, he’d hit it to the left. I’d move to the left, he’d hit it to the right. You couldn’t defend him. Later in my career, I started to just move around while he was up at the plate, to give him something to think about. That didn’t seem to do much good either. His bat was like a magic wand. I mean, he hit .352 against the Atlanta Braves, and think about all those great pitchers they had in the 1990s. Greg Maddux faced Tony 107 times, and never stuck him out.

As professionals, we always pride ourselves in being well-rounded players. People forget how good Tony was on defense. I know he was just as proud of his five Gold Gloves as any of his eight batting titles. Tony didn’t have the strongest arm, but he was accurate. He worked at it.

Tony loved to teach, and that’s why he coached at San Diego State after his playing career was over. He knew he could mold those young players. If he had, say, become a hitting instructor or manager for a big league team, he might not have had the same impact. Once guys get to the big leagues, they often think they’ve made it, that they don’t need the instruction. The San Diego State players were more willing to listen to a guy who’s been though it all. Tony took great satisfaction in that.

It’s always sad to lose somebody who loved life. I’m just honored and blessed that I got a chance to play against Tony Gwynn, and got a chance to get to know him. And I know one thing: up in there in heaven, he’s going to crack that starting lineup.

–As told to Sean Gregory 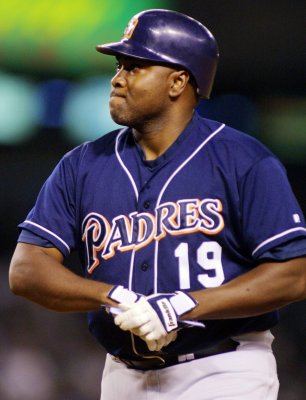 Tony Gwynn Was a Joy to Watch at the Plate, and in Life
Next Up: Editor's Pick