Casey Kasem was one of the most important disc-jockeys in the history of radio. While Alan Freed is often credited with the rowdy rise of rock ‘n’ roll in the mid 1950s and Tom Donahue with the creation of free-form FM radio in the ‘60s, Kasem’s contribution gently defied the increasingly divisive changes in radio that marked the 1970s. From its first broadcast in 1970, his “America’s Top 40” counted down hit songs in a dizzyingly diverse array of styles. What kept it all together was Kasem himself—that distinctive voice and genial, charmingly earnest on-air persona. As Dick Clark did on television, Kasem helped bring an often splintered nation together around pop music.

Grounded in 1950s and ‘60s regional AM radio, Kasem’s style seemed old school the day he emerged on the national scene. But Kasem was more than a DJ: he was a host. Not long after families had gathered around the TV to watch Elvis or the Beatles on Ed Sullivan, Kasem brought the variety-show approach back to syndicated radio, broadcasting coast to coast. Unlike variety hosts of radio’s golden age in the 1930s and 40s (such as Bing Crosby), Casey did not have the artists available in the studio to provide a few words and the personal touch. Instead, Kasem cleverly emphasized artists’ personal lives with engaging facts and brief bios, adding tear-jerking dedications from listeners to the mix.

With such a wide stylistic range of songs in the countdown, there were always songs you didn’t like; nevertheless, you continued to listen. Who could tune out? What song would be number one? “As the numbers get smaller, the hits get bigger,” Casey would often tease. You felt like you knew the artists, the other listeners, and the optimistic, well-wishing master of ceremonies. This was more than a radio show: it was a gathering of friends. While Kasem also enjoyed a broad range of success as an announcer and voice actor, it is this work as radio host that has made its mark in history.

John Covach is Director of the University of Rochester Institute for Popular Music. 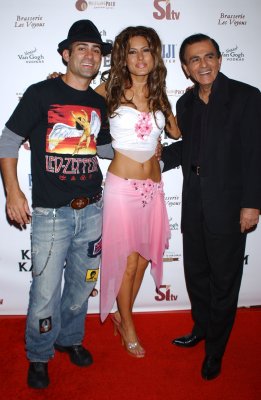 Casey Kasem's Kids Pay Tribute to Their Dad
Next Up: Editor's Pick