I never met Casey Kasem, but my strongest memory of him is from when I started off in radio. I was 14 years old, growing up in the Dallas-Fort Worth area, and I was hired to “board-op” American Top 40 with Casey Kasem. Growing up listening to AT40 made me want to get into radio — but when I had to produce the sound of his show on the radio station, I got to know him even better.

They would deliver the American Top 40 show to the station on vinyl albums. I would start at the beginning, he would count down and then he would take a commercial break, and I was the one who put the commercials on. When the commercials were over, I would push the button again and he would start back. One time — it would have been 1980 or 1979 — I went to a commercial break and I came back and put the wrong album on and went directly to the Number 1 song. That’s when I realized the power of Casey Kasem. I realized if I made a mistake how many people were affected by it and how many people hated me instantly, because they would all call and complain.

He was so important for people coming up in the ranks of radio, to understand that connection between the person on the microphone at the station and the person listening. The way Casey told stories with his long-distance dedications and the way he described how these artists were doing everything they could to get their songs to go up the chart, it was listening to a friend tell a story every time he opened his microphone. That’s the connection we still try to maintain every day. That’s what keeps radio alive. — as told to Lily Rothman 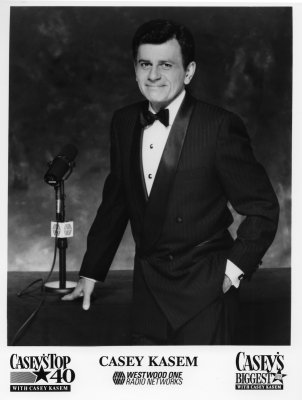 Why Casey Kasem Mattered
Next Up: Editor's Pick