7 Things to Know About Passage of the Civil Rights Act

Fifty years ago Thursday, the U.S. Senate brought the nation a step closer to equality by passing the Civil Rights Act of 1964. The law, signed by President Lyndon Johnson less than two weeks later, outlawed racial discrimination in education and employment as well as racially segregated schools, buses, and swimming pools.

TIME went back to our archives to rediscover our coverage of the bill’s long journey to becoming law. Here are seven things to know on the 50th anniversary.

The House-approved bill arrived in the Senate on Feb. 26, 1964. It was passed 114 days later on June 19, after occupying the Senate for 60 work days (including seven Saturdays).

Republican Sen. Everett Dirksen of Illinois appeared on TIME’s cover the day the bill passed due to his instrumental efforts in advancing it through a procedural cloture vote June 10. Dirksen worked tirelessly with both sides of the aisle to get the bill passed, despite suffering from a bleeding ulcer. TIME reported on Dirksen’s floor speech:

West Virginia Democratic Sen. Robert Byrd, still the longest-serving U.S. senator and a former leader of the KKK, filibustered for 14 hours straight to keep the bill from coming to a vote. Although Byrd, who died in 2010, later changed his tune on racial integration, his history against it followed him to the end of his life.

Democrat Clair Engle of California had recently undergone two operations on his brain leading up to the vote and had not appeared in the Senate in two months. However:

The Kennedys pushed for a narrower Civil Rights bill

The passage of a Civil Rights Act had been a campaign promise of John F. Kennedy, whose assassination a year earlier somewhat sped up the bill’s passage. Johnson urged Congress to pass the bill as an homage to the fallen leader, even though JFK and his brother, Attorney General Robert F. Kennedy, had resisted a more comprehensive Civil Rights bill proposed by a New York congressman:

Martin Luther King, Jr. was in jail the week the bill passed the Senate

TIME’s 1964 Man of the Year spent time in a Florida county jail the week the Senate passed the bill, after he attempted to integrate a local restaurant. King attended the bill’s signing two weeks later and received one of the 75 pens Johnson used to sign it. He considered it one of his most treasured possessions.

Senate Majority Leader Mike Mansfield read a letter from one of his constituents, a mother of four: 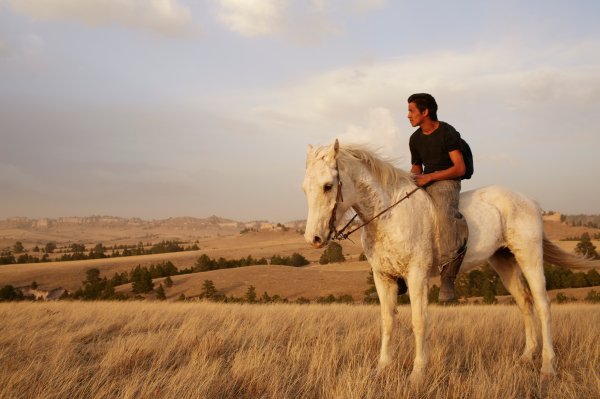 90 Years After 'Official Citizenship'
Next Up: Editor's Pick