China has a serious pollution problem and it’s harming the health of people who live there—even those living outside of the biggest cities.

But scientists from Johns Hopkins Bloomberg School of Public Health think they’ve found a very simple and cost-effective solution. Or at least something that could curb risk. Their answer is a broccoli-sprout beverage.

It sounds so simple, and it really is. The results appear promising, too.

It’s pretty well established that cruciferous vegetables like broccoli have cancer-preventative compounds. Broccoli sprouts specifically are a source of glucoraphanin, which creates sulforaphane when chewed or swallowed. That compound accelerates the body’s ability to detoxify from various pollutants.

The researchers had about 300 Chinese men and women living a rural community in Jiangsu Province, China, drink a beverage of sterilized water, pineapple, lime juice and dissolved freeze-dried broccoli sprout powder. The control group drank a mixture without the sprout mixture. All the participants had their urine and blood tested, and when they did, the scientists discovered that among the participants drinking the broccoli beverage, the rate of excretion of the carcinogen benzene increased 61% and the rate of excretion of the irritant acrolein rapidly increased 23%.

“The situation is that people throughout China are breathing dirty air, and the exposure is largely unavoidable,” says study author Tom Kensler. “We wanted to boost the defense mechanism that accelerates the rate that these are cleared form the body so there is less opportunity for harm to be evoked by chemicals.”

When asked if people living in other large cities like New York or Los Angeles could benefit from drinking the same mixture, Kensler says he thinks their approach could be extended across all people. Here’s another excuse to scoop an extra helping of broccoli on your plate.

The study was published in the journal Cancer Prevention Research. 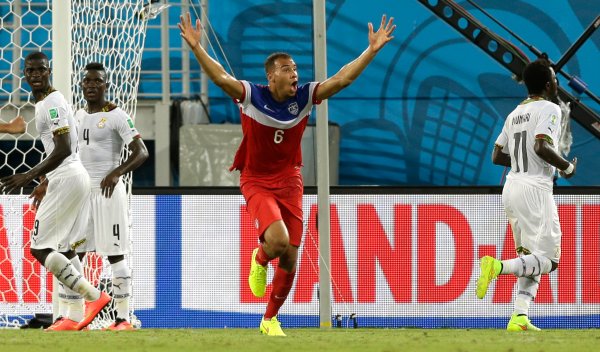 Did Dream Predict Goal?
Next Up: Editor's Pick