Is al-Maliki the Man to Save Iraq?

It’s not often that the White House and Tehran are on the same page, but when it comes to Iraq, U.S. President Barack Obama and Iranian President Hassan Rouhani are practically on the same paragraph. As disgruntled Sunni fighters aligned with al-Qaeda’s offshoot, the Islamic State of Iraq and Syria (ISIS), take town after town in Iraq’s Sunni heartland, both countries are pushing Iraqi Prime Minister Nouri al-Maliki for a solution. Rouhani has urged al-Maliki to work with Iraqi Sunnis and Kurds to defeat the extremists, while Obama has conditioned American assistance on al-Maliki’s willingness to include all of Iraq’s religious and ethnic groups in governmental policymaking.

“I want to make sure that everybody understands this message,” said Obama in a July 13 address. “The United States is not simply going to involve itself in a military action in the absence of a political plan by the Iraqis that gives us some assurance that they’re prepared to work together.”

But so far al-Maliki, a Shi‘ite, has resisted reaching out to his political opponents, focusing instead on directing a military response and recruiting young Shi‘ites for sectarian defense militias. “Obama and Rouhani should know better,” says Iraqi political scientist Saad Jawad, who is now a  senior visiting fellow at the London School of Economics’ Middle East Centre. Al-Maliki “can’t be the mediator. He is the problem.”

ISIS’s rapid advance in Iraq’s Sunni areas has as much to do with resentment over al-Maliki’s Shi‘ite-centric policies as with military might. ISIS, whose fighters only number in the low thousands according to most estimates, has been joined by other radical Sunni groups, as well as disgruntled tribal leaders and former members of Saddam Hussein’s ousted regime. Many of them reject ISIS’s Islamist agenda, but they hate al-Maliki even more. In the eight years he has been in power, al-Maliki has failed to win over Iraq’s Sunnis, which make up about 35% of the population and who flourished under Saddam’s rule.

If Iraq is to survive the militant threat, al-Maliki must do everything possible to win back Sunni trust, former Deputy Prime Minister Barham Salih tells TIME via email. “The conflict, on a fundamental level, is a struggle between moderate Sunnis and the extremists. ISIS [and] al-Qaeda cannot be defeated by Shi‘ites alone, nor by Kurds — it cannot be defeated by the U.S. or Iran for that matter. It can only be rooted out by Sunnis standing up against the threat posed by extremists.”

But it may be too late, says Jawad. Al-Maliki’s heavy-handed crackdowns on Sunni protests over the past few years have alienated many, and his refusal to grant economic concessions to the semiautonomous Kurdish area has raised additional hackles. “He can’t reach out to any of these groups, because no one will believe him anymore. He is inflexible, and he has created problems with all the different groups — the Sunnis, the Kurds, other political parties — that he is unable to solve,” says Jawad.

It’s unclear why, exactly, al-Maliki has been so slow to reach out — particularly if his two greatest backers, the U.S. and Iran, are insisting that he make amends. His party’s recent win in April’s elections earned him a third term, but he didn’t have enough support to form a government. Instead he has cobbled together a coalition of extreme Shi‘ite parties that have made the Sunni, Kurdish and secular parties even more wary. Jawad argues that power has gone to al-Maliki’s head and that he will do anything to maintain it, even at the risk of losing the country in the process.

Al-Maliki is also paranoid, says Jawad, and doesn’t trust anyone outside a close circle of advisers. He also believes that his army, and Iraq’s Shi‘ite defense militias, will be able to stop the militant tide before it reaches Baghdad. It probably will — ISIS and its allies can’t advance beyond Sunni reservoirs of support — but the militants could also launch a bloody sectarian war. The only thing that will save Iraq now is a political reconciliation that spans the country’s ethnosectarian divide, says Feisal Amin Rasoul Istrabadi, Iraq’s former envoy to the U.N. and now the director of Indiana University’s Center for the Study of the Middle East.

“The army does have to make a stand and stanch the bleeding, but the solution has to be political, not military. The Sunnis have been disenfranchised, and the Shi‘ites, if they want to govern a united Iraq, will need a new leadership that understands this. One that is willing to broker the political compromises and engage in genuine power sharing.”

The question now is whether or not al-Maliki can be that leader. 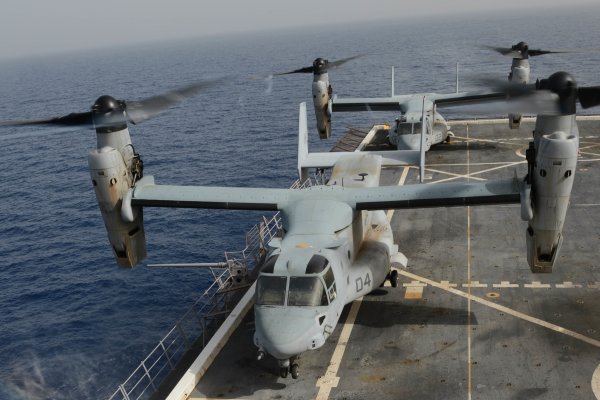 Bleeding Indicators: Piercing the Fog of War in Iraq
Next Up: Editor's Pick