American authorities have captured a suspected “key figure” in the 2012 attack on a U.S. consulate in Benghazi, officials confirmed on Tuesday, during a covert raid in Libya that gives a welcome foreign policy victory for the Obama Administration.

“He is in U.S. custody in a secure location outside of Libya,” Kirby said. “There were no civilian casualties related to this operation, and all U.S. personnel involved in the operation have safely departed Libya.

American officials wouldn’t yet say where Khatallah will be transferred to, though he is expected to be turned over to law enforcement for trial in the U.S. in the coming days. The Department of Justice filed charges against Khatallah in a sealed indictment in federal court last year.

Four Americans, including Ambassador Chris Stevens, were killed during the Sept. 11, 2012 attack. It became a rallying cry for conservative critics of President Barack Obama’s foreign policy record in the run-up to the 2012 elections, and congressional Republicans have continued to probe the Administration’s handling of the incident and its aftermath.

“The United States has an unwavering commitment to bring to justice those responsible for harming Americans,” Obama said in a statement. “Since the deadly attacks on our facilities in Benghazi, I have made it a priority to find and bring to justice those responsible for the deaths of four brave Americans. I recently authorized an operation in Libya to detain an individual charged for his role in these attacks, Ahmed Abu Khatallah. The fact that he is now in U.S. custody is a testament to the painstaking efforts of our military, law enforcement and intelligence personnel.”

South Carolina Republican Senator Lindsey Graham quickly said on Twitter that “Khattala should be held at Guantánamo as a potential enemy combatant.” But Obama made clear his Administration is taking another route.

“This individual will now face the full weight of the American justice system,” Obama said.

“With this operation, the United States has once again demonstrated that we will do whatever it takes to see that justice is done when people harm Americans,” he added. “We will continue our efforts to bring to justice those who were responsible for the Benghazi attacks.”

Khatallah was added to the State Department’s designated list of terrorists in January. He was living relatively openly in Libya after the attacks, sitting for several interviews with Western reporters last year. Khatallah is the first suspect to have been captured for suspected involvement in the attack. His capture was first reported by the Washington Post. 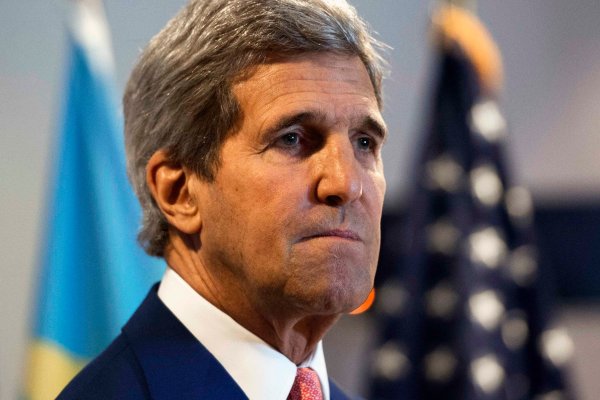 John Kerry to Testify About Benghazi
Next Up: Editor's Pick